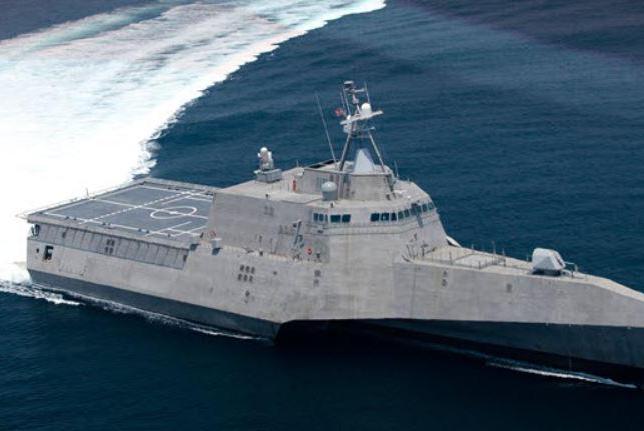 The work is specifically for waterjet assembly battle spares for the littoral class ships, the Navy announced Thursday.

Nearly all of the work, which is expected to be complete by March 2021, will be performed in Chesapeake, Va., and the rest in Bath, Maine, the site of Independence-class ship building.

Fiscal 2018 other procurement Navy funding in the full amount will be obligated at award, and will not expire at the end of the current fiscal year.

The shipyard uses the water jet cutting machine to fabricate new parts or replace worn parts while the ships are being maintained, according to the Navy. They cut a variety of materials using a high-pressure jet of water mixed with an abrasive substance.

The USS Jackson, named after the capital of Mississippi, entered Naval service in December 2015. It was the third LCS ship built by General Dynamics.

The USS Jackson’s homeport is in San Diego and it has been identified as supporting the surface-to-surface missile module testing for the Indy variants, which should start in the third quarter of the 2019 fiscal year, according to USNI News.