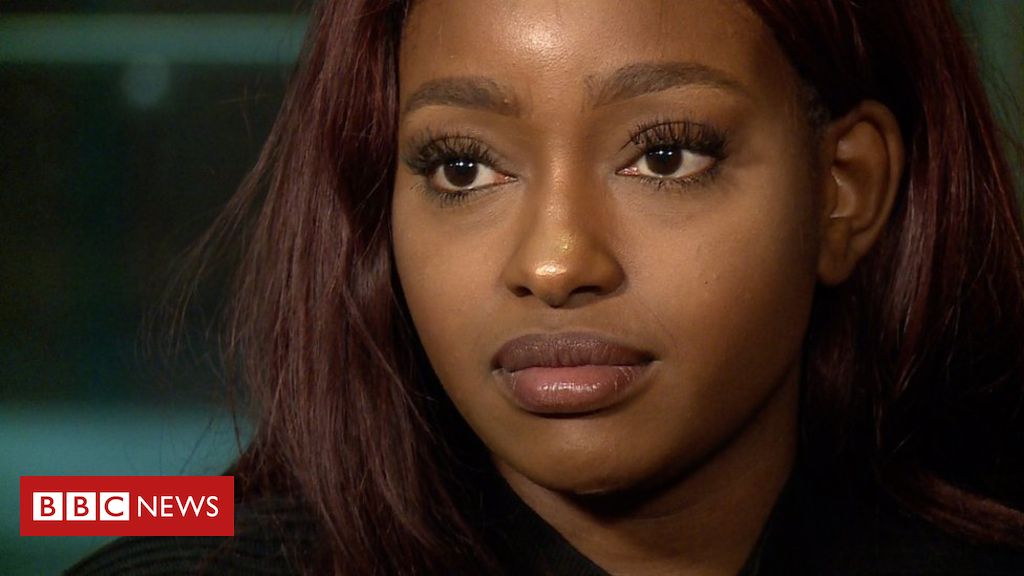 Zipporah Kuria was fighting back tears.

Eight months after the Boeing 737 Max crash that killed Ms Kuria’s father, Joseph Waithaka, the site of impact was covered on Thursday and unidentified remains of the victims were buried in rows of identical coffins. But Ms Kuria wasn’t there.

Officials from Boeing and Ethiopian Airlines are believed to have attended a ceremony at the site, but because of the short notice Ms Kuria and other relatives of the dead were unable to attend.

Family members of three separate victims told the BBC they were only notified of the ceremony days ago. As a result, only relatives of two of the 157 victims attended.

“It is absurd. It makes me shudder that Boeing and Ethiopian Airlines are at my father’s funeral and I’m not,” Ms Kuria said.

The crash happened in a rural area to the south-east of the Ethiopian capital, Addis Ababa. It left behind a deep crater which until this week still contained accident debris and some human remains.

Families of those killed say they were left horrified after they visited the site last month and found that recent rains had uncovered bones and other items. Some, they said, were floating in flood water in the crater.

Ethiopian Airlines flight ET302 was lost minutes after take-off on what should have been a routine flight from Addis Ababa to the Kenyan capital Nairobi on 10 March.

It came down in farmland, in a deeply rural area. In the immediate aftermath, those human remains that could be found were removed, along with the plane’s flight recorders and large items of wreckage.

The crash is believed to have occurred after a flight control system known as MCAS deployed at the wrong time, forcing the nose of the aircraft down when the pilots were trying to gain height.

A similar malfunction has been blamed for the loss of a near-identical 737 Max in Indonesia a year ago. The aircraft has been grounded for the past nine months, banned from flying by aviation authorities around the world.

The violence of the impact of the Ethiopian Airlines flight meant that when my colleagues and I visited the site in May, there was still a great deal of smaller debris lying in the fields.

The deep impact crater itself remained, alongside huge mounds of earth from the recovery operation, with a rough wooden fence the only barrier to access. Animals were able to roam freely across the site. There were no guards and no official presence.

After that, the victims’ relatives say, the situation worsened as a result of seasonal rains. They have been demanding action.

Nadia Millieron, whose daughter Samya Rose Stumo died in the crash, recently told the BBC: “There were bones being revealed all the time and local people are coming to the site and covering them. We want Ethiopian Airlines to move the piles of earth into the crater, take the unidentifiable remains into the crater and to cover everything”.

Ethiopian Airlines, which is managing the site, told victims’ families it was aware of the issue, but claimed insurance issues had prevented it from taking action. But after coming under pressure from the relatives, and following an investigation by the BBC, it appears those difficulties have now been overcome.

On Thursday, rows of coffins were placed neatly in the crater. These contained remains that had previously been removed for forensic analysis, but which could not be identified due to contamination. Then they were covered over and the crater itself was filled, the dark earth matching the surrounding fields.

The site is now a permanent grave.

Relatives of the victims believe Ethiopian Airlines had a duty to keep them informed about the burial and should have given them more notice. The BBC has approached the carrier for a comment.

Boeing has refused to comment on reports that one of its senior executives, Jennifer Lowe, was among those present.

The company said in a statement: “We continue to offer our deepest sympathies to the families and loved ones of the victims of Ethiopian Airlines Flight 302 and Lion Air Flight 610 and we are committed to helping those affected by these tragedies.”

Last month, Ms Kuria travelled with her family to Ethiopia to collect and bring home some of her father’s remains. She said it was “heartbreaking” that she was unable to get to the site in time for the covering of the site.

“My dad is being buried, well most of him, as we only received a small amount of him back,” she said.

She said she would have jumped on a flight if it had been possible.

“They’ve robbed us of our closure,” she said.