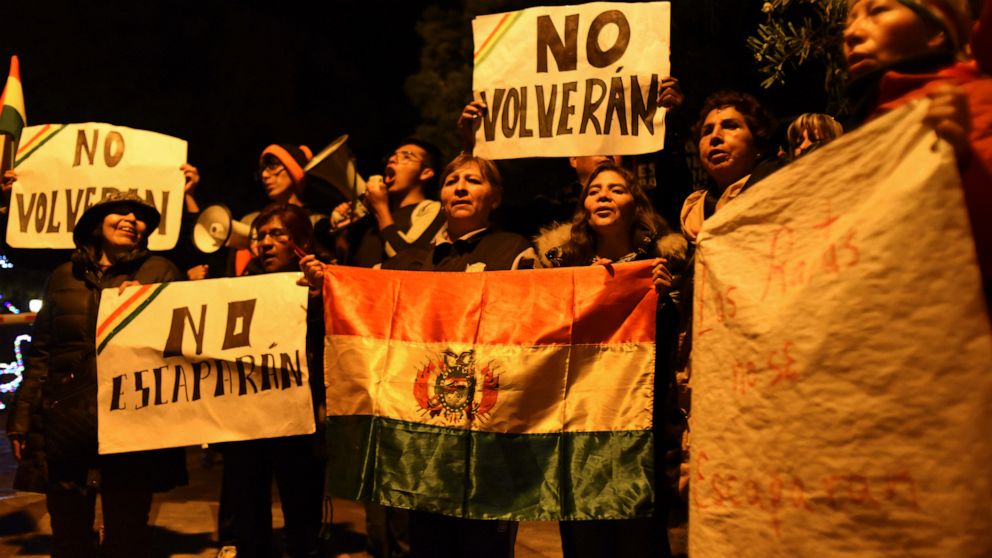 Bolivian Interior Minister Arturo Murillo asked the Spaniards to leave even though Spain denied allegations that diplomat Cristina Borreguero and five of her colleagues were trying to help the officials out of the Mexican ambassador’s residence, where they have been holed up since Morales stepped down last month.

The acting Bolivian government has initiated criminal charges against the officials for sedition, terrorism and electoral fraud and has refused to allow them safe passage out of the country.

Morales resigned on Nov. 10 amid protests and allegations that he had stolen his fourth election. He initially took refuge in Mexico before flying to Argentina, where he remains.

The Bolivian government said Borreguero arrived at the Mexican post on Friday “accompanied by presumably armed hooded men who tried to surreptitiously and clandestinely enter” the residence.

Both Mexico and Spain have said the visit was a “courtesy” by a diplomat c harged with representing Spain’s business interests.