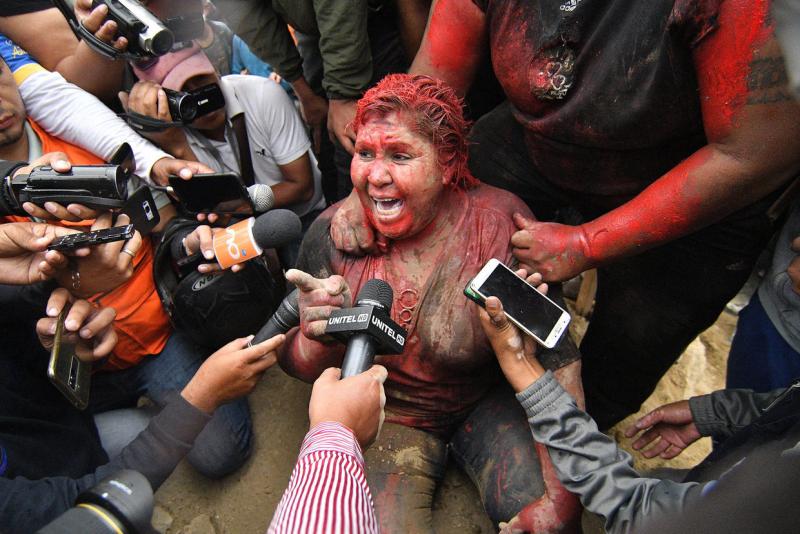 Nov. 7 (UPI) — Protesters in Bolivia attacked the mayor of a small town on Thursday after reports that protesters had been killed.

Masked men dragged Vinto Mayor Patricia Arce of the governing Mas Party barefoot through the streets, made her kneel down, cut her hair, doused her in red paint and forced her to sign a resignation letter before handing her over to police.

People shouted “murderer, murderer” as she was dragged through the streets and protesters set her office on fire and smashed the town hall windows.

The protesters accused Arce of bussing in supporters of Bolivian President Evo Morales to try to break a blockade of a bridge in Vinto set up by demonstrators protesting the results of the country’s Oct. 20 election.

Reports circulated that at least two protesters were killed in clashes with government supporters and it was later confirmed that one man was identified as 20-year-old Limbert Guzman Vasquez.

Vasquez is the third person to be killed in the protests that began after the results count was paused for about 24 hours on election night, prompting suspicions that the election had been rigged in favor of Morales.