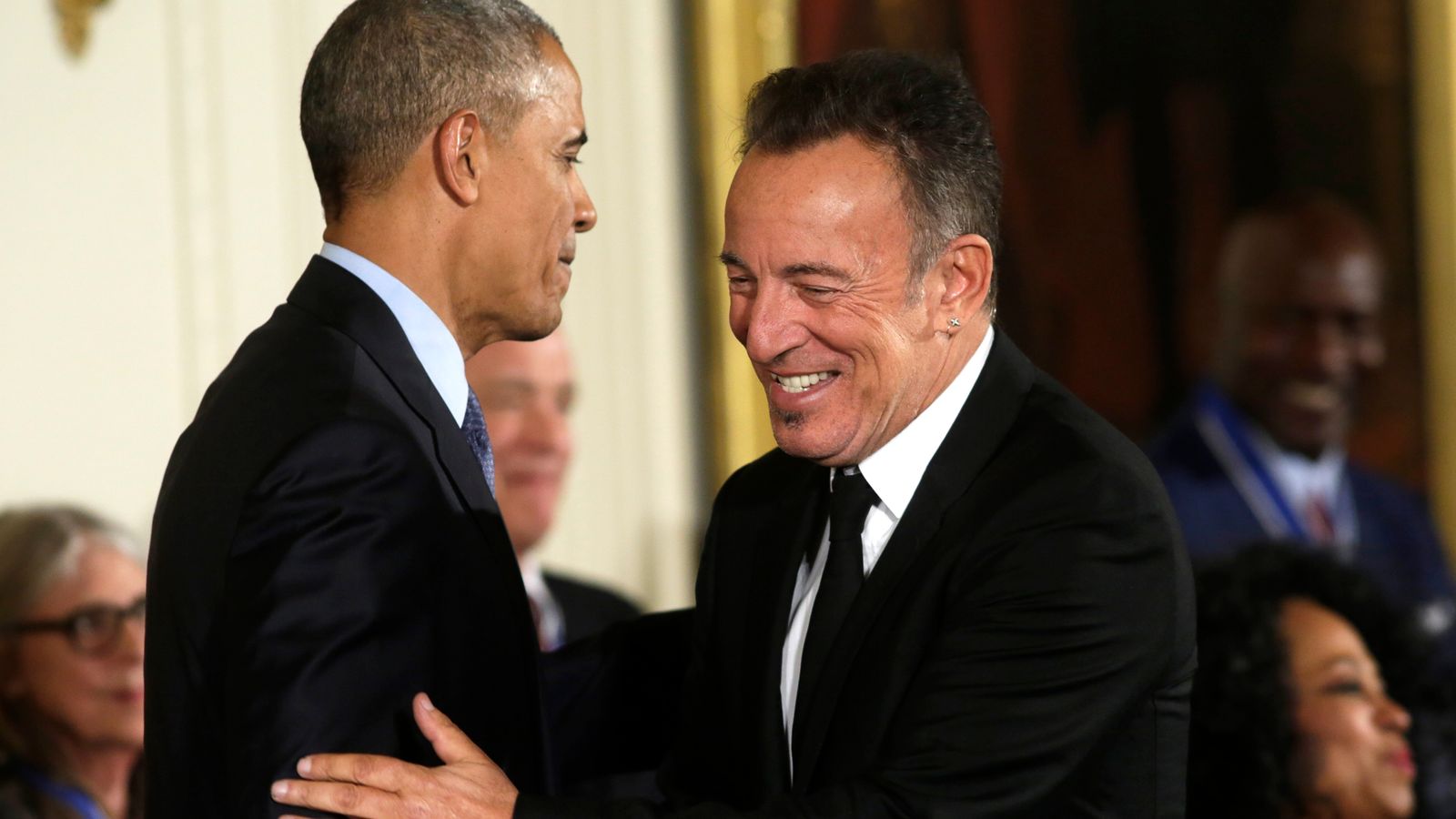 Barack Obama has teamed up with an unlikely partner for a new podcast series on Spotify.

The former US president will be presenting an eight-episode series with veteran rockstar Bruce Springsteen, who Mr Obama was said to have “formed a deep friendship” with.

In the series, titled Renegades: Born In The USA, the pair will discuss issues including race, fatherhood, marriage and the state of America.

Streaming giant Spotify said the podcast would be “a personal, in-depth discussion between two friends exploring their pasts, their beliefs and the country that they love – as it was, as it is, and as it ought to be going forward”.

Mr Obama, 59, and Springsteen, 71, first met on the 2008 campaign trail and threw their support behind Joe Biden in the recent presidential election.

The pair may seem unlikely friends, and even the former president acknowledges this in a trailer for the series.

“He’s a white guy from a small town in Jersey. I’m a black guy of mixed race born in Hawaii. He’s a rock and roll icon. I’m… not as cool,” he said.

Introducing the first episode, Mr Obama continued: “How did we get here? How could we find our way back to a more unifying American story? That topic came to dominate so many of my conversations last year – with Michelle, with my daughters and with friends.

“And one of the friends just happened to be Mr Bruce Springsteen. On the surface, Bruce and I don’t have a lot in common. But over the years, what we’ve found is that we’ve got a shared sensibility.

“About work, about family and about America. In our own ways, Bruce and I have been on parallel journeys trying to understand this country that’s given us both so much. Trying to chronicle the stories of its people.”

Barack and Michelle Obama’s production company signed a deal with Spotify in 2019 to produce exclusive podcasts.

The first two episodes of this series are already available on the streaming platform.

Earlier this month, Springsteen hit headlines as it emerged he had been charged with drink-driving and a high profile Jeep advert he appeared in was subsequently pulled.