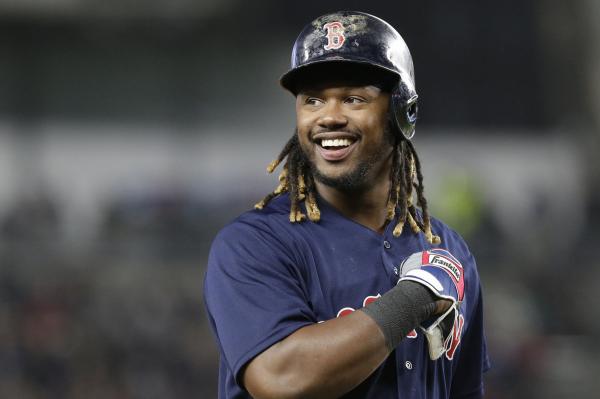 Betts hit his team-leading 13th homer of the season and finished with two RBIs on the night. Ramirez collected his 11th home run.

Price (3-2) allowed three runs on six hits and no walks with seven strikeouts. Craig Kimbrel struck out two in the ninth to notch his American League-leading 22nd save.

Deven Marrero also had two RBIs and Jackie Bradley Jr. had three hits and an RBI for Boston (44-35), which won three of four games in the series against Minnesota (40-37) and capped a 4-3 homestand.

Jorge Polanco drove in two runs and Joe Mauer had an RBI as the Twins lost for the fifth time in seven games and dropped to 4-3 on their 11-game road trip.

Ramirez gave the Red Sox a 5-3 lead with his monster homer to straightaway center field in the sixth, a shot that traveled approximately 427 feet.

Marrero’s RBI double an inning later made it a three-run game.

Boston scored three runs in the fifth inning to grab a 4-3 lead.

Bradley’s RBI double and Marrero’s groundout tied the game at 3 before Betts singled in the go-ahead run with two outs.

Betts put the Red Sox on the board an inning earlier with his estimated 398-foot home run over the Green Monster.

Mauer’s first-inning groundout plated Minnesota’s first run and Polanco gave the Twins an early three-run advantage with a two-run double in the fourth.

NOTES: Boston DH Hanley Ramirez returned after missing three games with left knee soreness. He took a pitch to the knee on Sunday. … Red Sox 2B Dustin Pedroia sat to rest his surgically repaired left knee. “Thought it was best to give him a day to try and stay ahead of things,” manager John Farrell said. … Minnesota 3B Miguel Sano will participate in the Home Run Derby on July 10 in Miami. Sano’s 18 homers lead the Twins and ranks among the AL leaders. “You’re never sure if you’re going to get another (opportunity). You might as well take advantage,” manager Paul Molitor said. … Twins SS Nick Gordon and Red Sox 3B Rafael Devers will play in the All-Star Futures Game on July 9. … Twins RHP Ervin Santana (10-4, 2.80 ERA) opposes Royals LHP Jason Vargas (11-3, 2.29) on Friday in Kansas City. Red Sox RHP Doug Fister (0-1, 4.50) counters Blue Jays RHP Marco Estrada (4-6, 4.89) on Friday in Toronto.