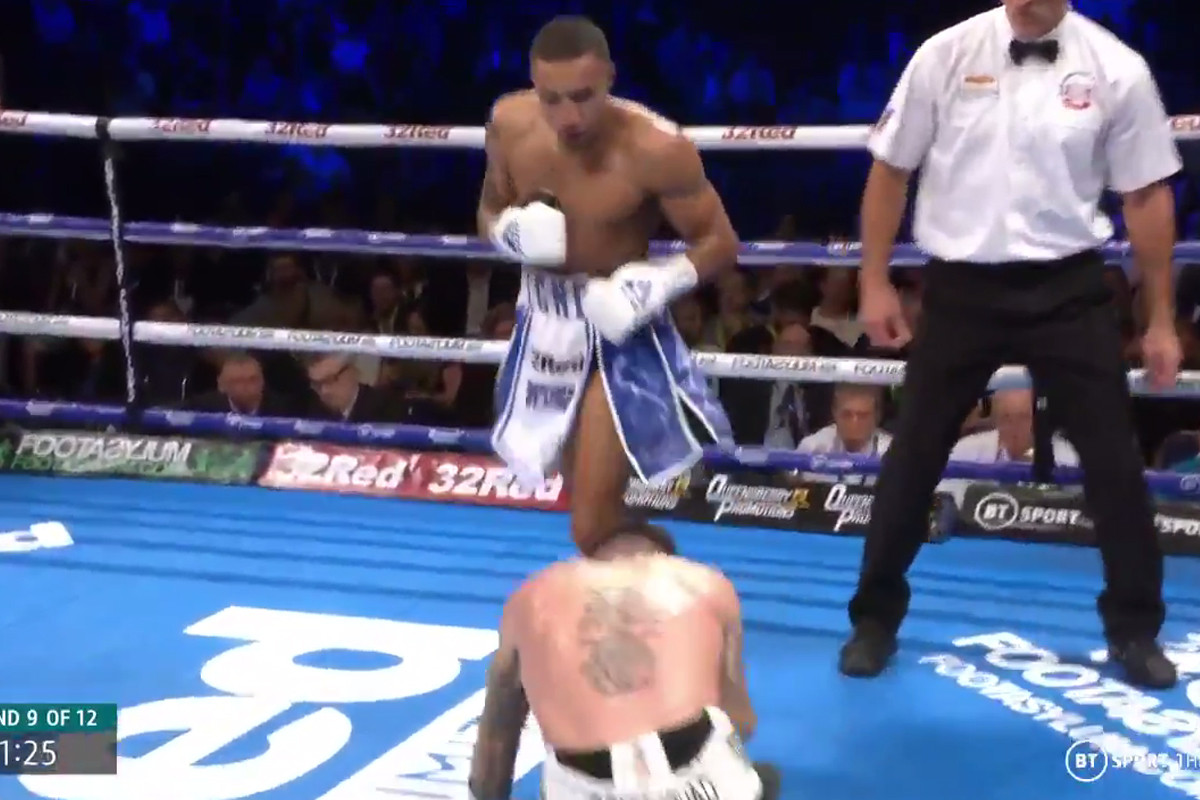 Zelfa Barrett knocked out Jordy McCorry in the ninth round to defend his Commonwealth super-featherweight title on Josh Warrington’s undercard on Saturday night.

The ‘Brown Flash’ was dropped by a low blow from his opponent just one round earlier, and got revenge with the stoppage.

The action initially heated up in round three as Barrett floored McCorry with a brutal body shot.

In the sessions that followed, Zelfa was warned multiple times for low blows, but not deducted a point.

He then scored a second knockdown in round eight, before his opponent saved himself by smashing Barrett back with a low blow of his own.

What Joshua, Wilder, Fury and Whyte have said about Usyk’s heavyweight debut

Usyk vs Witherspoon: UK start time, undercard info and where you can watch

Fury, AJ, Wilder? Usyk reveals who his toughest opponent will be when he steps up

Chisora planning to spar Joshua and train himself for Price, claims Miller is next

Anthony Joshua next fight: Who is he facing? When and where is it?

This caused the champion to crouch to the ground – he was given time to recover and it was not scored a knockdown.

However, this incident only delayed the inevitable as Zelfa finished the job in the ninth with another sensational body blow.