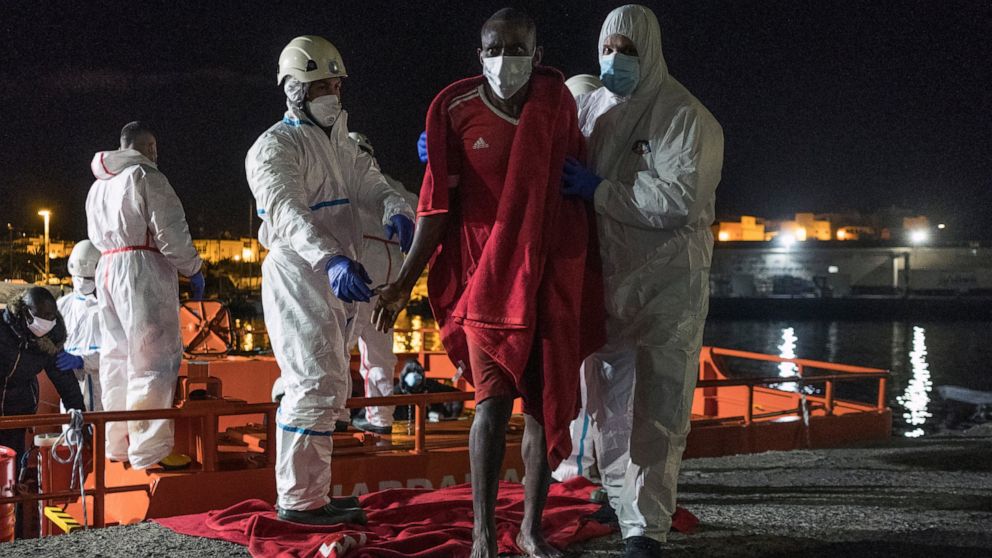 Spanish rescuers have safely brought more than 30 migrants safely to the Canary Islands, but not in time to save one child who reportedly died at sea

GRAN CANARIA, Spain — Spanish rescuers reached a boat carrying over 30 migrants and brought them safely to the Canary Islands, but not in time to save one child who reportedly died at sea.

Rescuers said the small boat was discovered late Friday some 160 kilometers (99 miles) south of Gran Canaria island. On board there were 11 men, 20 women and three children travelling in very poor conditions.

The survivors said a 9-year-old boy had died during the journey and they had tossed his body overboard.

The people taking the boats are understood to be fleeing poverty, violence or other circumstances, including the COVID-19 pandemic, in African countries and elsewhere.