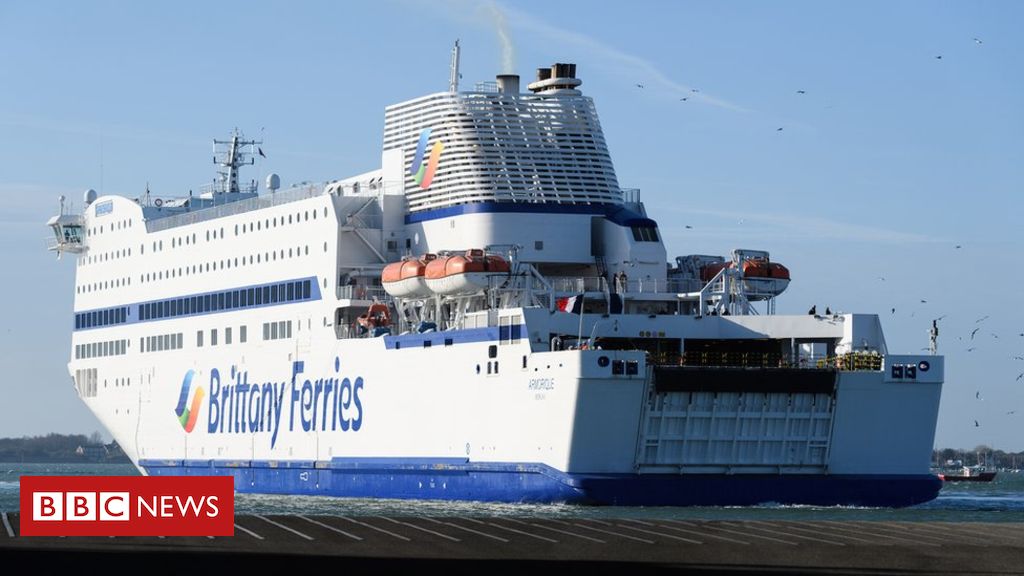 The government will be forced to spend tens of millions of additional pounds to keep its no-deal ferry contracts in place if Brexit is delayed.

Sources have confirmed to the BBC extra payments will need to be made to two ferry companies, to cover their costs of preparing for a 29 March exit.

Extra ferries may be needed in case of congestion on roads to the coast.

Brittany Ferries, one of the contractors, said it had already incurred large fuel and staffing costs.

It said it would need to be compensated for those expenses.

In December the Department for Transport contracted three suppliers to provide additional capacity on cross-channel ferries that carry lorries.

Sources close to the Department for Transport (DfT) confirmed to the BBC that additional payments would have to be made to Brittany Ferries and Danish ferry company DFDS to cover their costs so far.

“The new schedule cannot now be changed, even as an extension to Article 50 [meaning Brexit is delayed] seems likely,” it added in a statement.

Although the UK could still leave the EU as planned on 29 March, MPs have voted in favour of asking the EU to delay Brexit.

A DfT spokesperson said that “the legal default in UK and EU law remains that the UK will leave the EU without a deal [on 29 March] unless something else is agreed”.

They added: “The government has always been clear that any extra capacity that is not used can be sold back to the market.”

The government’s procurement of additional cross-channel ferry services has already seen the collapse of a contract with ferry company Seaborne Freight and a £33m compensation payment to Eurotunnel.

Seaborne Freight had its deal cancelled after the Irish company backing it pulled out.

Shortly after it was awarded the contract, the BBC found out that Seaborne had no ships and had never run a ferry service.

Meanwhile, Eurotunnel sued the government because it had not been considered for a contract.

It argued that unlike Seaborne, it has actually run a cross-Channel ferry service – MyFerryLink, which closed in 2015 – and should have been approached.

A report in February by the National Audit Office (NAO) revealed that the deals with DFDS, Brittany Ferries and Seaborne Freight, worth more than £100m, contained no provision for the start date to be delayed beyond 29 March.

But a Whitehall source said the contingency sailings had to be ready for the original Brexit date, and referred to the possibility of further payments as “the cost of keeping no-deal on the table”.

The NAO also said that the cancellation of all three contracts prior to the end of March would incur a maximum termination charge of £56.6m.