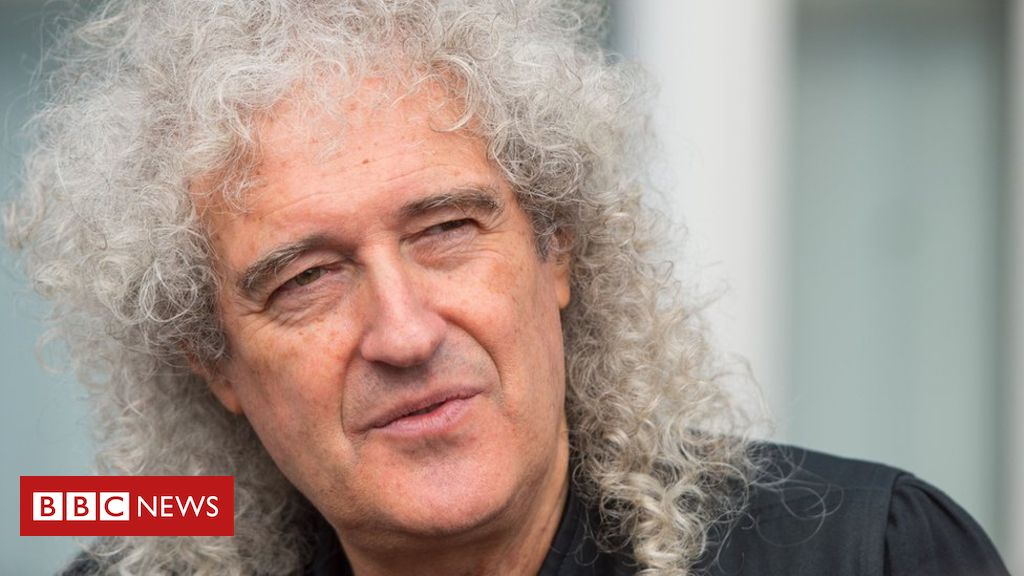 Queen guitarist Brian May has revealed he “could have died” after being rushed to hospital following a heart attack.

The 72-year-old said he was “shocked” to discover he needed surgery after what he described as a “small” heart attack earlier this month.

The star’s heart scare came a few days after a separate medical issue, when he thought he had ripped his glutes during a gardening accident.

He explained his latest health problem in a video posted to Instagram.

“I thought I was a very healthy guy,” he said.

“But I turned out to have three arteries that were congested and in danger of blocking the supply of blood to my heart.”

May was subsequently fitted with three stents – tiny tubes that can hold open blocked arteries – and says he is back in full health.

“I walked out with a heart that’s very strong now, so I think I’m in good shape for some time to come.”

The star made headlines earlier this month when he posted that he had torn a muscle in his gluteus maximus during a gardening accident.

The injury left him in “relentless pain,” which he later discovered was due to another injury.

“I told you I had a ripped muscle,” he said in the seven-minute video he posted titled “Sheer Heart Attack” – a reference to the title of Queen’s third album, released in 1974.

“That was the way I was diagnosed and we thought it was like a bizarre gardening accident.

“I didn’t realise that was amusing, really. I kind of forgot anything to do with the bum people find amusing… but anyway, it turned out to be not really the case.

“Now a week later I’m still in agony. I mean real agony. I wanted to jump at some points. I could not believe the pain. And people were saying, ‘That’s not like a ripped muscle, you don’t get that amount of pain,’ so eventually I had another MRI.

‘But this time I had one of the lower spine and, sure enough, what did we discover but I had a compressed sciatic nerve, quite severely compressed, and that’s why I had the feeling that someone was putting a screwdriver in my back the whole time. It was excruciating.

“So finally we started treating the thing for what it was. I’d been putting the ice packs in the wrong place for about 10 days.

‘That’s one side of the story, and I’m a lot better now… But the rest of the story is a little more bizarre and a bit more shocking.

“Anyway, I had – in the middle of the whole saga of the painful backside – I had a small heart attack.

“It’s not something that did me any harm. It was about 40 minutes of pain in the chest and tightness, and that feeling in the arms and sweating.”

Having realised he was having a heart attack, he called his doctor, who drove him to hospital for tests that exposed his underlying health problems.

Given the choice between open heart surgery and having stents fitted, the musician chose the latter, and said the operation was remarkably straightforward.

The star added that his experience should be a lesson to other people in their “autumn years”.

“What seems to be a very healthy heart may not be, and I would get it checked if I were you,” he said.

“I was actually very near death [but] I didn’t die. I came out and I would have been full of beans if it hadn’t been for the leg.”

May’s health scare came shortly after Queen released a new version of We Are The Champions to raise money for the World Health Organization’s Covid-19 fund.

The single was renamed You Are The Champions as a tribute to medical staff, and was recorded under lockdown.