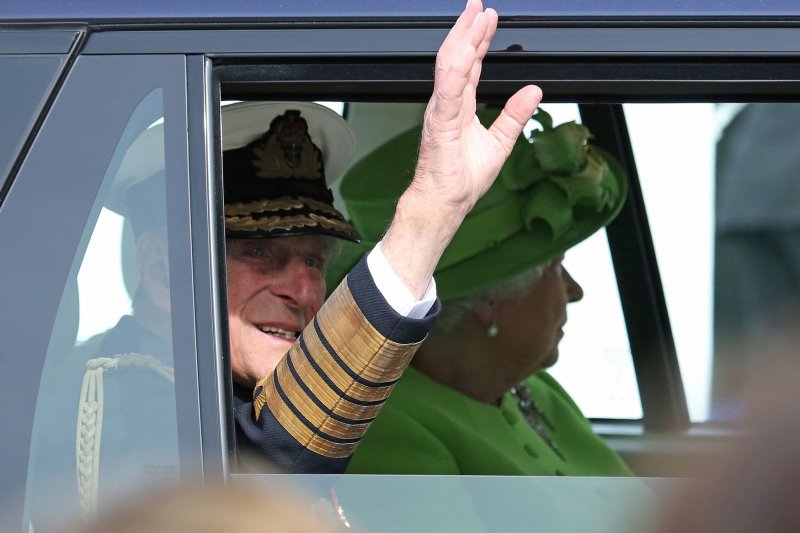 The update to the duke of Edinburgh’s health came one week after he first checked in to London’s King Edward VII Hospital after feeling ill.

“The duke of Edinburgh remains at King Edward VII‘s hospital where he is receiving medical attention for an infection,” the statement said. “He is comfortable and responding to treatment but is not expected to leave hospital for several days.”

The duke’s youngest son, Prince Edward, earl of Wessex, told Sky News he spoke to his father on the phone.

“He’s a lot better thank you very much indeed, and he’s looking forward to getting out, which is the most positive thing,” he said. “So we keep our fingers crossed.”

Prince Andrew said his father was frustrated with his hospitalization.

“I think that gets to all of us, and then, you can only watch the clock so many times and the walls are only so interesting.”

“They’re keeping an eye on him,” he said.

Prince Philip, who will turn 100 years old in June, celebrated his 73rd anniversary with Queen Elizabeth II in November. Both received a COVID-19 vaccine in January; The Guardian reported Prince Philip’s illness is not coronavirus-related.

Philip, who retired from public duties in 2017, has lived with the queen at Windsor Castle since the pandemic started. He was last seen in public last summer while transferring the role as colonel-in-chief of The Rifles to his daughter-in-law, Camilla, duchess of Cornwall, who is married to Prince Charles.

He was also involved in a car accident in January 2019, but didn’t require hospitalization. He did, however, surrender his driver’s license as a result of the crash.

Clyde Hughes contributed to this report.