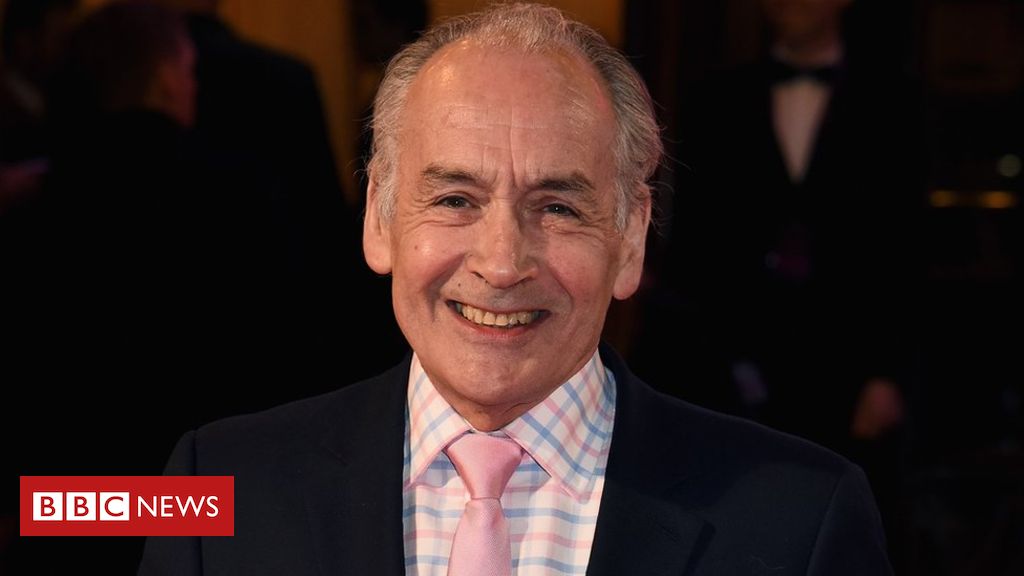 Broadcasting colleagues have spoken in support of Alastair Stewart after he stepped down from ITV News, apparently in the wake of a Twitter race row.

Ranvir Singh, political editor of ITV’s Good Morning Britain, said: “I would never use the word ‘racist’ and his name in the same sentence.”

Stewart left after what ITN called “errors of judgment” on social media.

ITV presenter Julie Etchingham wrote on Twitter: “So sad to learn this – we have worked on many big stories together & Al is a trusted friend and guide to many of us.”

The reasons for the veteran broadcaster’s departure have not been confirmed, but it came weeks after he was involved in a Twitter exchange with a black man in which he quoted a Shakespeare passage including the phrase “angry ape”.

Stewart has used this verse once before on Twitter in response to a user who was not identifiably black.

After posting a photo of herself in the news studio with Stewart, Singh told Good Morning Britain: “I texted him last night to see if he was OK, he said he was OK. I feel really upset about it.”

Stewart would “pore over every word” when he was writing the news headlines, she said.

“He understands the emphasis and I think perhaps he might be thinking, gosh, maybe I should have re-read that quote and thought about it twice,” she said.

“In my gut, I would put my house on it that not for one second did he write that quote thinking that it was in any way a slur on anyone’s skin colour.”

The Twitter user involved in the exchange with Stewart, Martin Shapland, attempted to clarify what had happened on Thursday.

“There was not a single post as has been widely reported, but several posts written by Mr Stewart, which have all now been deleted,” he said in a statement posted on Twitter.

“I understand that Mr Stewart has acknowledged the words he used were misjudged and has expressed regret at what happened. I thank him for that.”

He added: “An apology and commitment to be more careful about language was all that I would have asked. It is regrettable that he has decided to stand down and I take no pleasure in that.”

According to reports and screengrabs, Stewart engaged with Shapland in a row about how the monarchy was funded, and posted a passage from Measure For Measure that included the line: “Most ignorant of what he’s most assur’d – His glassy elegance – like an angry ape.”

At the time, Shapland – who has received online abuse since Stewart’s departure – responded: “Just an @ITV newsreader referring to me as an ape with the cover of Shakespeare. Measure for measure, Alistair [sic] is a disgrace.”

Singh added that Stewart had “only ever been gracious and encouraging to me” and had supported black talent in the newsroom.

While she did not know what the exchange was about or what Shakespeare’s original meaning was, she added: “Do you go back and unpick the whole of literature? My God, you know, it wasn’t a quote from Enoch Powell.”

Good Morning Britain host Ben Shephard said on the programme: “I’ve been lucky enough to work with Alastair over the years as well, and he’s an extraordinarily generous person with experience as a broadcaster to work with.”

ITV News arts editor Nina Nannar and GMB chief correspondent Richard Gaisford were among the other colleagues to post warm words about Stewart’s character and career.

Am shocked and saddened to hear that Alastair Stewart is stepping down from ITV News. I grew up watching Al on ITN. Since the early 1990s he has been a supportive colleague and friend. From ‘London Tonight’ to now he has been kind, generous and always there with good advice.

Fellow newsreader Mary Nightingale added that she was “very sad” about his departure.

BBC Breakfast editor Richard Frediani, a former head of programmes for ITV News, said he was “simply the best on and off screen” and “a broadcasting legend”.

Stewart joined ITV in 1980 and began fronting News at Ten nine years later. His Twitter account has now been deactivated.

In a statement announcing his departure on Wednesday, the 67-year-old said: “It was a misjudgement which I regret, but it’s been a privilege to bring the news to households throughout the UK for the past 40 years.”

ITN said he had breached editorial guidelines, but did not elaborate on the reasons for his departure.

A career on camera

Stewart, from Hampshire, joined ITN as industrial correspondent in 1980.

He also served as a foreign correspondent, and was sent to Washington in 1990 and then to Saudi Arabia, from where he anchored ITV’s news coverage of the first Gulf War for two months.

Behind the news desk, he hosted ITV’s lunchtime and early evening news, as well as News At Ten and Channel 4 News. His other shows included the long-running Police, Camera, Action!, which was made using police footage of dangerous driving.

Stewart was named presenter of the year by the Royal Television Society in 2005, and was awarded an OBE the following year.

He often anchored ITV’s coverage of elections and royal weddings, and in 2010 he moderated the UK’s first-ever televised general election leaders’ debate, between David Cameron, Gordon Brown and Nick Clegg.