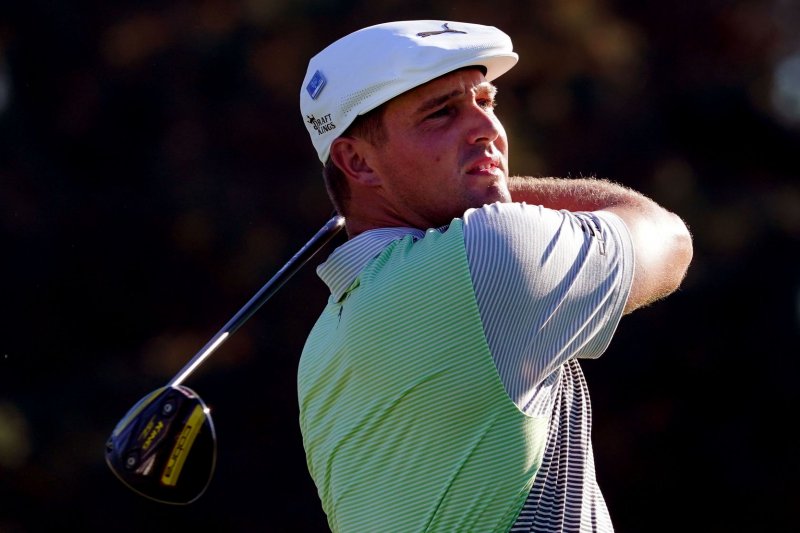 March 8 (UPI) — Golfer Bryson DeChambeau wowed fans with his powerful drives en route to a victory at 2021 Arnold Palmer Invitational. One of the tee shots traveled 377 yards and led to a birdie at Bay Hill Golf Course.

“This week it helped numerous times,” DeChambeau told reporters, when asked about his drives. “I was able to get a wedge out of the rough when some people were hitting seven irons or six irons back in the rough.

“It was kinda like the U.S. Open where I was able to dominate with the driving off the tee.”

DeChambeau used his big swing to shorten many of the holes on the course and make his approach shots easier. He was 5-under par Thursday, 1-under par Friday and 4-under par Saturday.

He had two birdies, a bogey and made par on the 15 other holes in Sunday’s final round. He used his powerful drive to card his second birdie in three holes on No. 6.

DeChambeau pulled out his driver and walked up to the tee on the 565-yard hole, which has its tee box separated from the fairway by a large lake. The ball carried about 320 yards and rolled into a bunker on the other side of the water.

DeChambeau then slapped his second shot out of the sand and closer to the hole. He smacked his third shot about three feet from the hole and followed with a putt to complete the birdie.

The drive on No. 6 traveled 196 mph as it carried over the lake. DeChambeau was tied with Spieth, Westwood and Corey Conners at 10-under par at the time of his drive. He did not card a single bogey over the back nine.

DeChambeau moved from No. 11 to No. 6 in the Official World Golf Ranking with the victory at Bay Hill. Dustin Johnson, who did not play in the tournament, ranks No. 1 in the world.