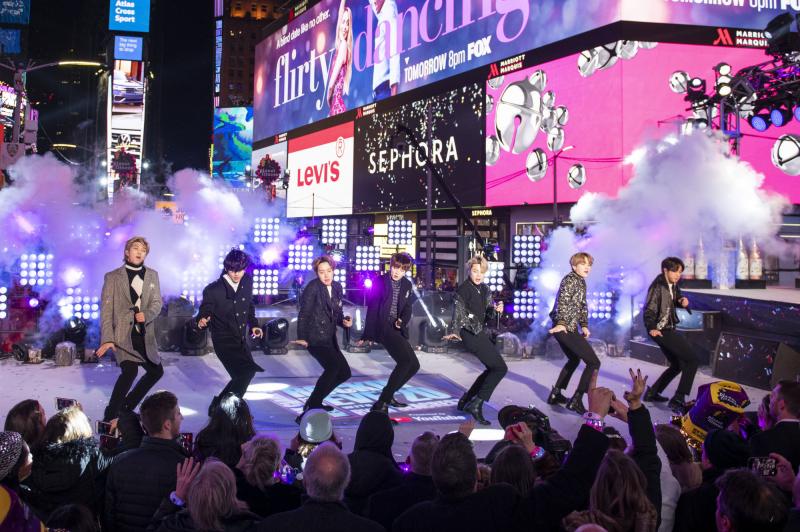 SEOUL, Jan. 22 (UPI) — K-pop superstars BTS announced a new world tour on Wednesday that will kick off in April in Seoul and will bring them to North America, Europe and Japan.

The tour, called “Map of the Soul,” will consist of 37 dates in 17 cities for its first phase, according to Big Hit Entertainment, the management company for BTS.

After playing four dates in Seoul, on April 11-12 and 18-19 at Seoul Olympic Stadium, the tour will move to the United States, kicking off in Santa Clara, Calif., on April 25. North American stops will include Los Angeles, Dallas, Orlando, Atlanta, New Jersey, Washington, D.C., Chicago and Toronto.

The septet will make a stop in Fukuoka, Japan, next, before traveling to Europe for dates in London, Berlin and Barcelona.

The “Map of the Soul” tour will wind up in Japan, with performances in Osaka, Saitama and Tokyo, where the final announced concert will be held at the Tokyo Dome on Sept. 12.

The concert tour will follow the release of the band’s upcoming album, “Map of the Soul: 7,” slated for release on Feb. 21. Last week, the band released the album’s first single, “Black Swan,” along with a five-minute art film featuring the Slovenian MN Dance Company.

BTS finished its previous world tour, “Love Yourself,” at the end of October in Seoul, capping off a record-setting run of 62 shows across 23 cities for an audience that totaled more than 2 million.

That 14-month tour set a number of milestones, with BTS becoming the first Korean act to hold concerts at venues such as Citi Field in New York and Wembley Stadium in London.

Along the way, BTS emerged as global pop icons, rocketing to the tops of the Billboard 200 charts three times in less than 12 months, landing on TIME magazine’s 100 Most Influential People list and even addressing the United Nations General Assembly.

In November, BTS became the first K-pop act to win the Favorite Duo or Group award at the American Music Awards, also picking up nods for Favorite Social Artist and Tour of the Year. On New Year’s Eve, the boy band performed for a global televised audience in Times Square in New York City.