Jan. 16 (UPI) — The Buffalo Bills beat the Baltimore Ravens 17-3 on Saturday night at Bills Stadium to advance to the AFC Championship Game for the first time since the 1993-94 season.

The Bills used Taron Johnson’s record-tying 101-yard interception return for a touchdown in the third quarter to pull away from the Ravens (12-6) in the divisional-round game. The last time Buffalo reached the AFC title game was Jan. 23, 1994, when it beat the visiting Kansas City Chiefs to play in its fourth straight Super Bowl.

The second-seeded Bills (15-3) will play the winner of Sunday’s game between the Cleveland Browns and Chiefs. If the defending champion Chiefs win, the Bills will travel to Arrowhead Stadium next Sunday. If the Browns emerge victorious, the AFC Championship Game will take place in Orchard Park, N.Y.

“You saw our defense. The game plan our coaching staff put [together] for that offense was unbelievable,” Bills quarterback Josh Allen said. “You don’t get style points for winning in the playoffs. You either go home or you advance to the next round. We’re on to the next one.”

The Bills and Ravens exchanged field goals in the first half, with the score remaining tied at three until Buffalo wide receiver Stefon Diggs caught a 3-yard touchdown pass early in the third quarter.

On third-and-goal from the 9-yard line late in the third, Johnson jumped in front of a pass intended for tight end Mark Andrews and raced down the right sideline. The pick-6 matched the longest in NFL history and capped off a stellar defensive outing in which the Bills held the league’s top rushing attack to 150 yards on 32 carries.

“I caught the ball and kind of looked down, but then I looked up and saw a whole bunch of green grass to that side of me,” Johnson said. “At that point, there’s one person I have to beat. And that’s No. 8 [Lamar Jackson].”

Ravens quarterback Lamar Jackson, who exited the game in the fourth quarter due to a concussion, completed 14 of 24 passes for 162 yards. He added nine carries for 34 yards before leaving the game. 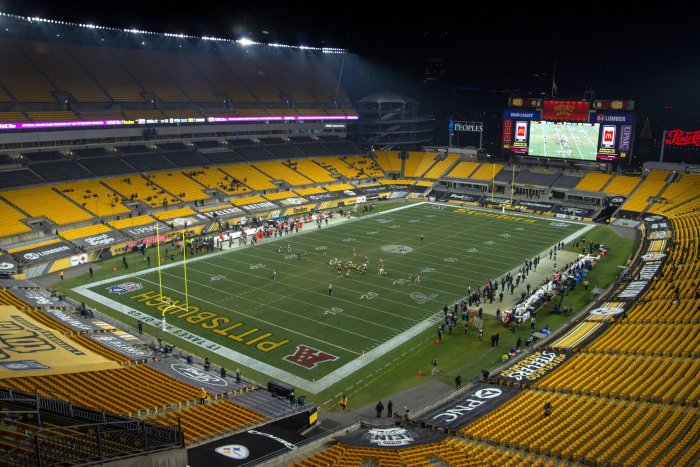