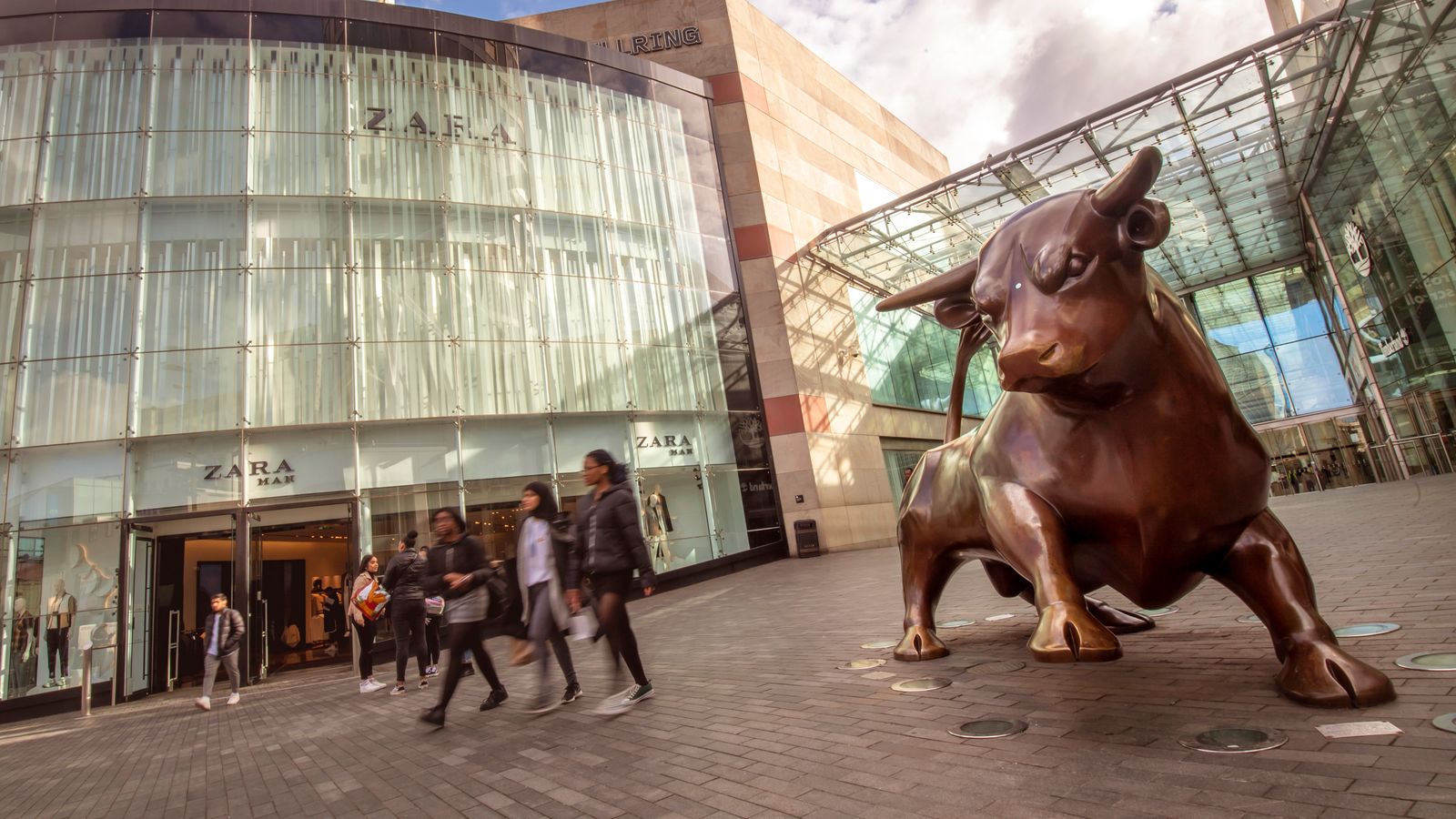 Britain’s biggest listed shopping centre-owner is preparing to ask shareholders for hundreds of millions of pounds to improve its chances of surviving the coronavirus pandemic.

Sky News has learnt that Hammerson, which owns the Bullring in Birmingham and London’s Brent Cross mall, is drawing up plans for a rights issue that could raise more than its current market capitalisation.

One investor said this weekend that Hammerson could seek between £500m and £600m for the cash call, which would come as the COVID-19 crisis decimates landlords’ revenues and up-ends decades of convention around the collection of retail rents.

Hammerson, which has seen its shares slump by 70% during the past year, said last month that it had collected only 16% of the rent it was owed by retail tenants ahead of the third quarter.

The pandemic has exacerbated tensions between landlords and commercial tenants, with prominent brands such as Boots, Burger King and Sir Philip Green’s TopShop withholding rent payments for months.

Scores of retailers and hospitality chains have either gone bust or turned to insolvency mechanisms to reduce their rent bills during the last four months.

The crisis has exerted a severe toll on Hammerson’s finances, with the company’s equity now valued at just £491.8m – a far cry from its days as a FTSE-100 stalwart.

Its efforts to shore up its balance sheet will come just weeks after rival Intu Properties, the owner of Manchester’s Trafford Centre, collapsed into administration.

Hammerson and Intu came close to merging in 2018.

Bankers said on Saturday that Hammerson, which is among the most shorted stocks in the London market, was also exploring other capital-raising actions.

The company is understood to be in detailed talks with APG, a Dutch pension fund, about buying its 50% stake in VIA Outlets, which owns shopping destinations in European cities such as Amsterdam, Gothenburg and Prague.

One source said that in total, the rights issue and disposal could generate proceeds of more than £800m.

A formal announcement could come alongside Hammerson’s half-year results, which are scheduled to be announced on Thursday.

Together, the measures would provide sufficient financial headroom to allow Hammerson to continue repositioning it’s portfolio and invest in faster-growing assets, they added.

APG is also a substantial shareholder in Hammerson and along with Lighthouse Capital, a South African investor, owns more than 30% of the London-listed group.

Lazard, the investment bank, is understood to be advising Hammerson on measures to strengthen its balance sheet, while JP Morgan and Morgan Stanley are thought to be working on the rights issue.

A separate deal to sell its UK retail parks to Orion, a property investor, fell apart earlier this year.

The capital-raising will come at an important time for the company, which is in the process of replacing both its chairman and chief executive.

It confirmed in June that David Tyler would step down as chairman and hand over to Rob Noel, the former chief executive of commercial property-owner Land Securities Group.

Hammerson has also announced that David Atkins, its long-serving chief executive, will leave no later than next spring.

Headhunters are engaged on a search for his successor.

Hammerson has been under pressure to accelerate its overhaul since Elliott Advisers, the prominent activist investor, became a shareholder in the company in 2018, although it is unclear how much of that stake it retains.

The company has one of Europe’s largest portfolios of retail properties, including a stake in the Bicester Village destination shopping development, as well as assets in Bristol, Croydon and Middlesbrough.

When the company rejected a cash-and-paper offer from Klepierre, a French company, worth 635p-a-share in 2018, Mr Tyler and his colleagues argued that it significantly undervalued the British business.

At around the same time, Hammerson – shares in which closed on Friday at 64.18p- abandoned a planned merger with Intu.