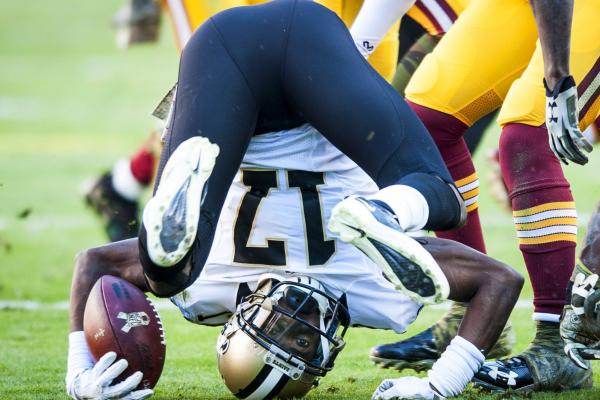 July 25 (UPI) — The Carolina Panthers have made some changes on their depth chart at wide receiver after signing T.J. Graham and waiving Charles Johnson.

Carolina signed Graham on Monday. The 27-year-old was a third round pick by the Buffalo Bills in the 2012 NFL Draft. Graham played two seasons in Buffalo before signing with the New York Jets in 2014. He suited up for the New Orleans Saints in 2015.

Graham has 794 yards and four touchdowns on 61 career receptions. He played collegiately at North Carolina State. He played last season for the Montreal Alouettes of the Canadian Football League. Graham’s best shot at making the final roster is likely through special teams.

Carolina waived defensive end Ryan Delaire Tuesday with a failed physical designation. Johnson was waived/injured after having surgery on his right knee.

If Johnson clears waivers, he will revert to injured reserve. Carolina signed the three-year veteran in March. He sat out through spring practices. Johnson, 28, was a seventh round pick by the Minnesota Vikings in the 2013 NFL Draft. He had a career-best 475 yards and two scores on 21 receptions during his rookie campaign, but hasn’t reached the 300 yard mark, or scored a touchdown, since that season.