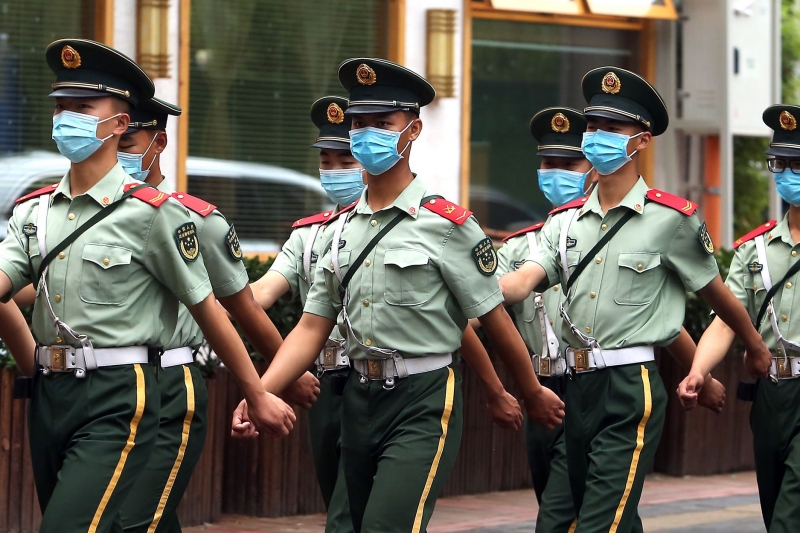 July 12 (UPI) — Coronavirus has spread worldwide since the pandemic began earlier this year, rising exponentially in deaths to more than 567,000 and nearly 13 million cases. But despite those grim statistics, the mortality rate — comparing deaths and cases — has been declining.

On May 1, the mortality rate was 7.2 percent but on Saturday it had decreased to 4.4 percent overall.

Since the first deaths were reported in Wuhan, China, the outbreak spread to Europe, then the United States with hotspots not only in the U.S. but throughout Latin America, including Mexico, Brazil, Peru and Chile. And the world’s second most populous nation, India, also has had soaring numbers.

The United States represents about one-quarter of the world’s deaths and cases. But it’s mortality rate also has been declining to below the world figure with 4.1 percent. It’s cases have climbed dramatically from 36,101 on May 1 to above 70,000 last week.

Italy, which became the next epicenter of the virus, has a more significant rate, 14.4, Yet there were only 188 cases reported Saturday compared with a high of 6,553 on March 21. The nation reported only nine deaths Sunday after seven Saturday for a total of 34,954.

Other countries have been setting daily case records in the past few weeks.

Brazil’s daily death rate has been soaring and often is above 1,000 and the most in the world. Saturday’s increase was 968.

Brazilian President Jair Bolsonaro, who has minimized the outbreak and refuses to wear a mask, tested positive last week. On Saturday, his wife, Michelle, said Saturday that she and her two daughters had tested negative for the virus. The president said he is taking an unproven drug, hydroxychloroquine, to treat the infection, has been in isolation and has been feeling in good shape. He often has described the virus as a “little flu.”

Bolsonaro said “mininfirmation” is causing panic, noting “side effects of fighting the virus could not be worse than the virus itself.”

“Millions of jobs destroyed, tens of millions of people in the informality without income and a country on the brink of recession,” Bolsonaro said.

The U.S. border with Mexico and Canada remains closed until July 21 except for essential travel and goods.

Marcelo Ebrard, foreign secretary of Mexico, said Friday the restrictions could be extended to August, “Until there is a decline in the area.”

“What we have is the southern states of the U.S., California, Arizona, New Mexico, and Texas on the rise [of coronavirus cases], so our perspective and the Mexican Secretary of Health is that it would be unwise right now to open because then what we’re going to cause is an impact towards a respread,” Ebrard announced during a morning conference from Mexico City.

The Indian city of Bengaluru, the third largest in India, will be put under lockdown for a week starting Tuesday to contain a massive cluster of COVID-19 cases, authorities said. There were 16,862 cases of COVID-19 in the Bengaluru urban area and 245 cases in rural areas, state health authorities said.

Europe has four nations in the top 10 for deaths but the pandemic has stabilized there.

On Sunday, Scottish First Minister Nicola Sturgeon said his nation may ask visitors from England to quarantine on arrival in Scotland.

Sturgeon told the BBC the decision is “not political, it’s not constitutional, it’s just taking a similar view to countries across the world in terms of protecting populations from the risk of the virus.”

Not reporting data Saturday were No. 6 France, which reported 25 deaths Friday, and No. 7 Spain, with 2 Friday.

The pandemic also has stabilized in Asia, where there have been 69,504 deaths but only 657 Sunday — mostly in India.

In the Far East, the only nation besides China with more than 1,000 deaths is the Philippines with 1,372 deaths, including 12 Saturday as well as 1,308 cases.

In Korea, the nation has reported only 6 deaths since June 25 and none Sunday for a total of 288. Case counts also have been low with a high of 79 on May 28.

The nation will require foreigners arriving from high-risk nations — Bangladesh, Pakistan, Kazakhstan and Kyrgyzstan — starting Monday to submit a certificate showing they tested negative for coronavirus because of the number of imported cases.

In Oceania, there have been 108 deaths in Australia and 22 in New Zealand. Australia’s last reported deaths were 2 on Monday, and 1 each on Saturday and Sunday.

The latest death was in Victoria where its borders were closed last week because of a spike, including 273 new cases in one day Saturday.

New Zealand’s last fatality was on May 28.