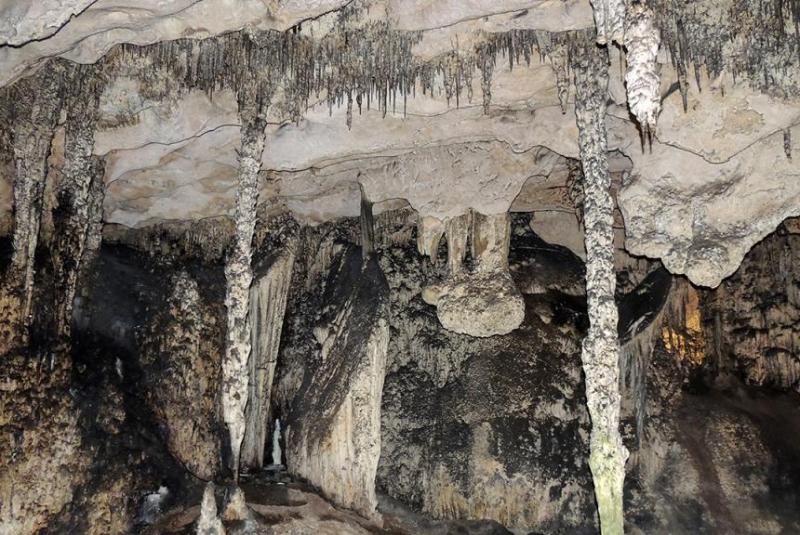 Aug. 30 (UPI) — Scientists have discovered ancient deposits in the Artà Cave on the island of Mallorca that suggest sea levels 3.5 to 4 million years ago were more than 50 feet higher than they are today.

Analysis of the speleothems, or cave formations, could help scientists more accurately predict how modern climate change will influence sea level rise in the decades ahead.

To predict how melting ice sheets will affect sea levels across the globe, scientists need historic benchmarks. Mineral deposits in the Artà Cave have provided just that.

“Constraining models for sea-level rise due to increased warming critically depends on actual measurements of past sea level,” Victor Polyak, research scientist at the University of New Mexico, said in a news release. “This study provides very robust measurements of sea-level heights during the Pliocene.”

“We can use knowledge gained from past warm periods to tune ice sheet models that are then used to predict future ice sheet response to current global warming,” said Bogdan Onac, a professor of geosciences at the University of South Florida.

For the study, scientists collected and analyzed mineral samples collected from several cave formations, ranging in elevation from 70 to 105 feet above sea level from. The samples were dated between 4.4 to 3.3 million years old. Uranium-lead radiometric dating confirmed the cave deposits formed during the Pliocene epoch.

Scientists were able glean changes in the water table, which on Mallorca is the same as the sea level, by analyzing isotopic changes in the different mineral samples. The data suggests sea levels rose as high as 50 feet above present day sea levels.

Previous studies have found evidence that Earth’s average temperature was between 2 and 3 degrees Celsius warmer than today’s climate during the middle of the Pliocene — called the mid-Piacenzian Warm Period, which persisted from 3.2 to 3 million years ago.

“The interval also marks the last time the Earth’s atmospheric CO2 was as high as today, providing important clues about what the future holds in the face of current anthropogenic warming,” Onac said.

The findings, published this week in the journal Nature, suggest accelerating melt rates in Greenland and Antarctica could led to dramatic sea level rise even if global warming is not slowed. The revelation echoes the findings of previous studies that have suggested warming of 2 to 3 degrees Celsius above preindustrial levels could unlock instabilities in Antarctica’s ice sheets, leading to prolonged melting and continued sea level rise.

“Our data indicate that ice sheets are very sensitive to warming and provide important calibration targets for future ice sheet models,” researchers wrote in their paper.