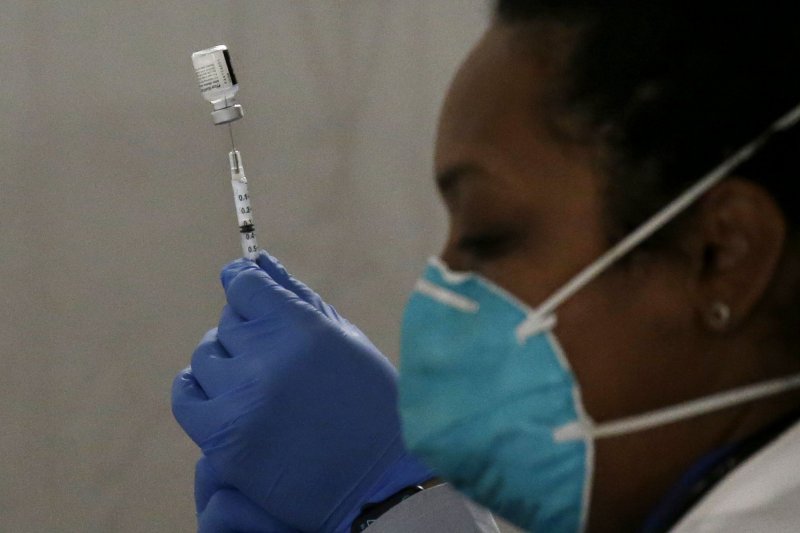 Feb. 1 (UPI) — White people received more than half of all vaccinations against COVID-19 during the first month of the rollout, according to data released Monday by the U.S. Centers for Disease Control and Prevention.

Just over 5% of the nearly 13 million people who received the shot between Dec. 14 and Jan. 14 people vaccinated against the coronavirus in the U.S. so far have been Black, and just under 12% were Hispanic, the data shows.

Black people make up roughly 13% of the population nationally, while Hispanic people are about 19%, based on figures from the U.S. Census.

CDC researchers wrote in the study that “more complete reporting of race and ethnicity data” is needed to prevent “potential disparities” in groups of people in the United States receiving the vaccine — “especially among those at highest risk for infection and severe adverse health outcomes.”

“There are a few reasons why we are already behind on this only a month and a half into the vaccine rollout: the lack of federal co-ordination previously; the uneven rollout among the states; inconsistent emphasis of equity in the earliest days of vaccination,” Marcella Nunez-Smith, the head of President Joe Biden‘s Covid-19 equity task force, told the Financial Times.

Black people and Hispanic people are up to twice as likely to get infected with COVID-19 compared to White people and four times as likely to require hospital care as a result, according to CDC data.

These two groups also have a three-fold higher risk for death from the virus, the CDC said.

Although at first blush the numbers suggest potential disparities in vaccine distribution, CDC researchers caution that they may be more reflective of the populations given priority during the first phase of the rollout — healthcare workers and nursing-home residents.

About 60% of healthcare workers nationally are White, 16% are Black and 13% are Hispanic, based on 2019 American Community Survey estimates.

Meanwhile, 75% of nursing home residents nationally are White, 14% are Black and 5% are Hispanic, according to the 2015-16 National Study of Long-Term Care Providers.

A little over 60% of those who received shots during the first month of the vaccine rollout in the United States were White Americans, the CDC said.

Still, an analysis by the Kaiser Health News service released earlier this month found that, in some states, White people were being vaccinated against COVID-19 at rate up to four times higher than Black people.

That analysis was based on data from 23 states, according to Kaiser Health News.

“With COVID-19 continuing to take a disproportionate and deadly toll on communities of color, we need urgent solutions to address health inequities and crush this virus,” Rep. Steven Horsford, D-Nev., who is first vice chair of the Congressional Black Caucus, told NBC News.

Researchers have noted, including those involved with the CDC analysis published on Monday, that many vaccination records have not had race or ethnicity information — with information on Hispanic people receiving the shot particularly lacking.

According to elected officials, health experts and researchers, this information could help improve vaccine distribution — especially to groups of people at highest risk for COVID-19 infection or death.

“If we want to align the demand for and the benefits of COVID-19 vaccines for communities of color, we … have to provide lasting opportunities for [them] to exercise collective agencies over their own health,” Monica Schoch-Spana, of CommuniVax, a group dedicated to equitable vaccine rollout, said recently.

Schoch-Spana, who is a medical anthropologist at the Johns Hopkins Center for Health Security, was speaking to reporters last week during a media briefing hosted by the school and was not involved in the CDC analysis.