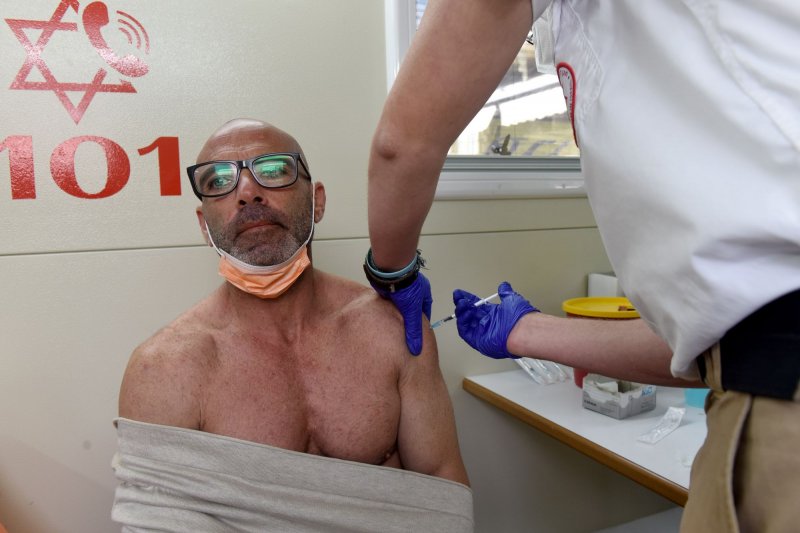 Feb. 26 (UPI) — Widespread acceptance of the COVID-19 vaccine among older adults in Israel has led to a decline in those requiring mechanical ventilation during treatment for the disease, according to data released Friday by the U.S. Centers for Disease Control and Prevention.

Israel launched a robust vaccination program in December and, by Feb. 9, 84% of those age 70 and older had received both doses of the Pfizer-BioNTech shot, the agency said.

From October through December of last year, prior to the start of the vaccination campaign, adults age 70 and older were nearly six times as likely to require mechanical ventilation to treat COVID-19 compared to adults under age 50 years.

By February, after widespread vaccination, older adults were just under twice as likely to require mechanical ventilation, the CDC said.

Less than 10% of adults younger than 50 in Israel had been vaccinated as of Feb. 21, according to the agency.

“These findings provide preliminary evidence of the effectiveness of vaccines in preventing severe cases of COVID-19 at the national level in Israel,” the CDC researchers wrote.

“Receipt of COVID-19 vaccines by eligible persons can help limit spread of disease and potentially reduce the occurrence of severe disease,” they said.

The Pfizer-BioNTech vaccine, as well as the Moderna shot, have so far been found to offer up to 95% protection against moderate to severe COVID-19 in clinical trials.

Both vaccines are currently being administered in the United States under an emergency use authorization from the Food and Drug Administration.

In December, Israel instituted a national vaccination program with the Pfizer-BioNTech shot that vaccinated older adults, who are at increased risk for serious illness, through primary care clinics in the country.

By Feb. 9, 3.6 million Israelis had received at least one dose of the vaccine, or more than one third of the country’s population.

The launch of the vaccination initiative was followed by a strict stay-at-home order, beginning Jan. 8, in an effort to slow a surge of COVID-19 cases in the country that began in December.