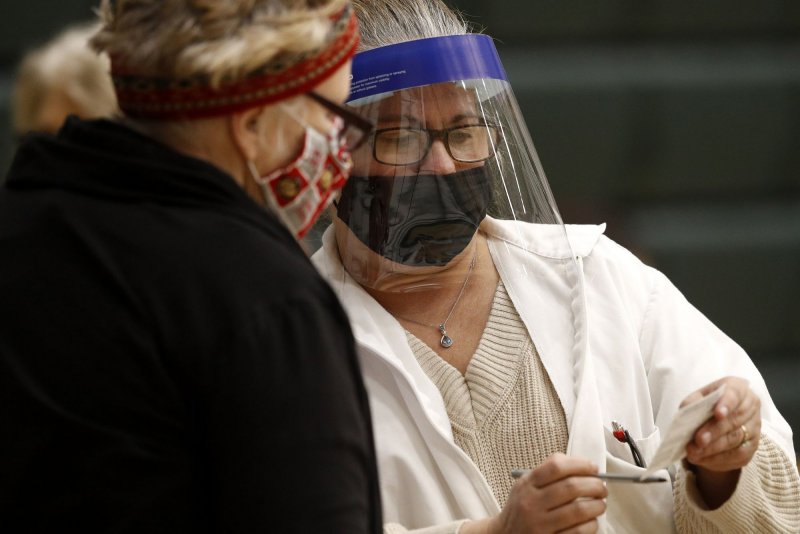 Feb. 22 (UPI) — Teachers and staff “play a central role in in-school transmission” of COVID-19, highlighting the importance of vaccination for educators, according to a report released Monday by the U.S. Centers for Disease Control and Prevention.

Nearly half of all in-school cases in a Georgia district recorded between Dec. 1 and Jan. 22 were linked with “educator-to-educator” or “educator-to-student” transmission, the data showed.

Subsequently, 26% of household contacts of these school-associated cases later tested positive for the virus.

Although the CDC stopped short of requiring teacher and staff vaccination for reopening schools for in-person learning, the agency said inoculating educators against the virus “should be considered as an additional mitigation measure to be added when available.”

The analysis of data from the school district is based on confirmed COVID-19 cases among roughly 2,600 elementary-school students and 700 staff members who participated in on-campus learning during the 24-day in-person period, according to the CDC.

During that time, the seven-day rolling average of daily virus cases in the surrounding community, in Cobb County just north of Atlanta, increased 300%.

There were 45 confirmed COVID-19 cases during the seven-week period among the more than 3,300 students and teachers included in the analysis, and 31 were attributed to in-school spread.

Of the 31 school-associated cases, 15 involved teacher-to-teacher or teacher-to-student spread.

Furthermore, 18 of the 69 household contacts of these cases later tested positive for the virus, the agency said.

“Educators might play a central role in in-school transmission networks,” researchers said in the report.