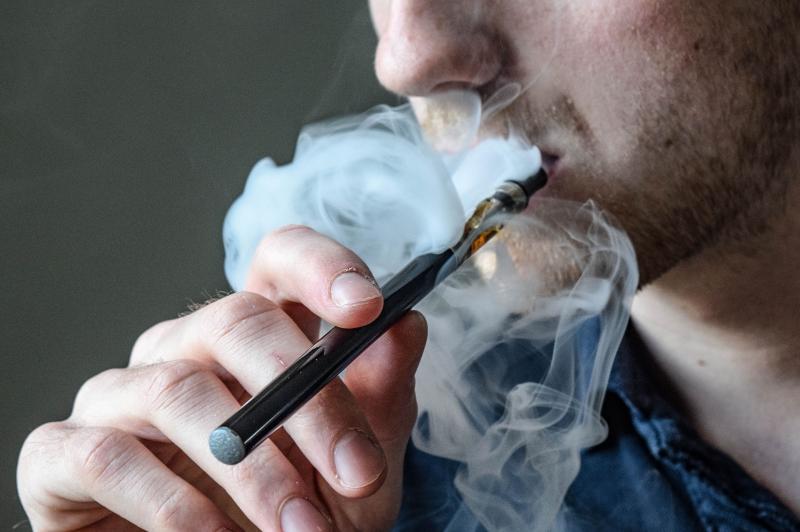 Oct. 3 (UPI) — Eighteen people are dead and the number of confirmed and probable lung injury cases associated with vaping has soared to 1,080 in 48 states and the U.S. Virgin Islands, the Centers for Disease Control and Prevention and the Food and Drug Administration said Thursday.

An increase of 275 cases since last week includes about half new patients becoming ill in the past two weeks, the federal agencies said in a telebriefing call.

The FDA still has not identified any substance or substances on which it can pin the outbreak, said Judy McMeekin, the FDA’s deputy associate commissioner for regulatory affairs.

“The FDA is focused on identifying the products that are making people ill and following the supply chain,” McMeekin said, adding that those who had been supplying dangerous products could face criminal prosecution.

Most of the patients appeared to have vaped THC cartridges, said Dr. Anne Schuchat, principal deputy director of the CDC.

The national health agencies have recommended that people stop using vapes altogether until the investigation is complete.

The FDA still is examining the link to vitamin E acetate, a recently introduced filler product used to cut oil in THC vaping cartridges, McMeekin said. Some of the THC products turned over to the FDA by patients have contained up to 80 percent vitamin E oils, she said.

But vitamin E may not be the only cause of the outbreak, independent research is showing.

The Mayo Clinic released an analysis Wednesday of the results of 17 lung biopsies of patients who had been hospitalized after vaping with damaged lungs. All of the patients in the study had severe forms of the illness, and two died.

The new study did not find evidence of a reaction to oil residue in the lungs of patients studied. The study appeared to show patients had experienced “some kind of direct chemical injury, similar to what one might see with exposures to toxic chemical fumes, poisonous gases and toxic agents,” a spokesman said.

Last week, an NBC investigation showed that every one of 10 illicit vapes tested by an independent laboratory contained the fungicide myclobutanil, which when heated can transform into poisonous hydrogen cyanide.

However, earlier studies released by the CDC last week evaluating patients in North Carolina and Utah noted that patients exhibited symptoms consistent with lipoid pneumonia, a disease identified after exposure to oils in the lungs.

Hospitalized patients have experienced coughing, shortness of breath or chest pains, and some also have experienced nausea, vomiting or diarrhea, as well as fatigue, fever or weight loss, the CDC said.

Patients were admitted to hospitals with trouble breathing and some had to be put on lung ventilators and treated with steroids.

Medical experts said they have no idea whether the outbreak has peaked or how many more people may fall ill.

“These are really serious injuries and we don’t know how well people will recover from them or whether it will be permanent,” Schuchat said.