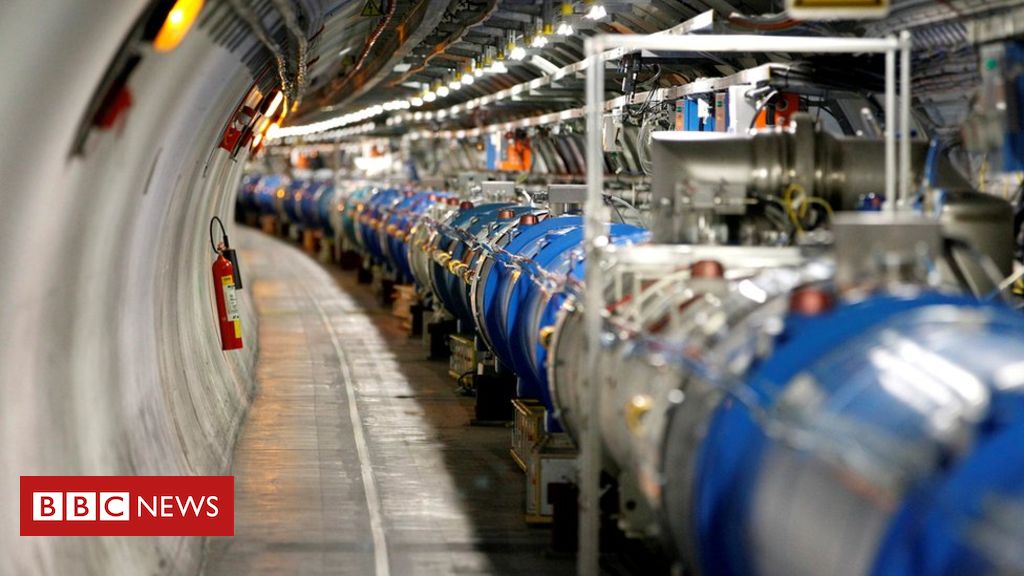 The European particle physics research centre Cern has cut ties with the scientist who said that women were less able at physics than men.

Cern has decided not to extend Professor Alessandro Strumia’s status of guest professor.

The decision follows an investigation into comments, first reported by BBC News, made by Prof Strumia at a Cern workshop on gender equality.

Prof Strumia told BBC News that he stood by his remarks.

“Some people hated hearing about higher male variance: this idea comes from Darwin, like other offensive ideas that got observational support,” he told BBC News.

“Science is not about being offended when facts challenge ideas held as sacred”.

Last September, Professor Strumia stated that “physics was invented and built by men, it’s not by invitation” at a presentation at the Cern the workshop..

He also showed cartoons deriding women campaigning for equality in science and presented the results of an analysis that he claimed showed that work conducted by female physicists was not as good as their male counterparts.

His analysis was quickly dismissed as being unscientific and incorrect by experts in the impact of research.

But profesor Strumia told BBC News that his analysis would be eventually be proved correct if scientific journals would allow him to publish his research.

“Extra checks confirmed that my results are correct and in line with the specialised literature.

This will be shown in a scientific paper, if it can appear”.

In a statement Cern said: “The incident was investigated in light of the internal Rules and Regulations and the Organisation’s Code of Conduct, which is based on Cern’s core values.”

“As a result of its own investigation and following the decision taken by the University of Pisa, Cern decided not to extend Professor Strumia’s status of Guest Professor.”

“Cern reaffirms its commitment to the paramount importance of respect and diversity in the workplace.”

Dr Jessica Wade, a physicist from Imperial College London who was at the workshop where Prof Strumia made his controversial remarks welcomed the decision.

“The recent statement is a powerful message for scientists all over the world; irrespective of your status, you will be held accountable for your actions,” she said.

“Well-funded senior academics should not use their positions of power to attack colleagues or demean the work of women.”