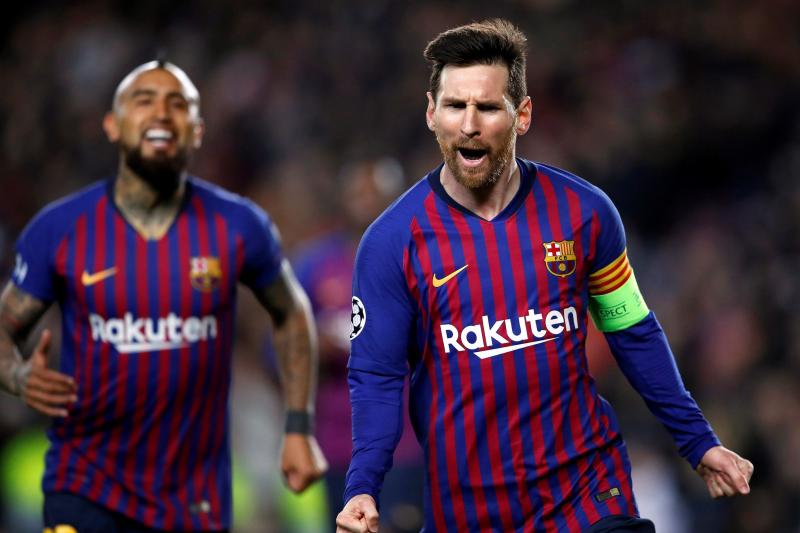 March 13 (UPI) — Lionel Messi scored twice to push Barcelona past Lyon and into the Champions League quarterfinals, and Liverpool defeated Bayern Munich to advance to the next round.

Liverpool’s Sadio Mane scored a goal in each half to guide his club to a 3-1 win Wednesday in the round of 16. The teams played to a scoreless draw in the first meeting, leaving the clubs in a must-win situation.

Mane got Liverpool on the board first with a goal in the 26th minute. He settled a long pass from Virgil van Dijk, spun back to his right and chipped the ball into an open net past Bayern goaltender Manuel Neuer.

Bayern struck back before halftime when Liverpool’s Joel Matip redirected a cross from Serge Gnabry into his own net.

Liverpool retook the lead when van Dijk powered a header past Neuer for a 2-1 advantage in the 69th minute. Mane added the clinching score in the 84th minute.

In the final round-of-16 matchup, Barcelona defeated Lyon 5-1 on Wednesday to reach the last eight.

Messi had two goals and two assists in the victory. Both teams played to a goalless draw in the first leg in France.

Barcelona captain Messi opened the scoring with a “Panenka” penalty-kick goal in the 17th minute. Messi chipped the ball down the middle after Luis Suarez was fouled.

Philippe Coutinho pushed Barca’s lead to 2-0 in the 31st minute with a score. Lyon answered with a goal from Lucas Tousart in the 58th minute.

Liverpool and Barcelona join Manchester City, Manchester United, Ajax, Porto, Juventus and Tottenham in the quarterfinals. The clubs will find out their opponents after Friday’s UCL draw.