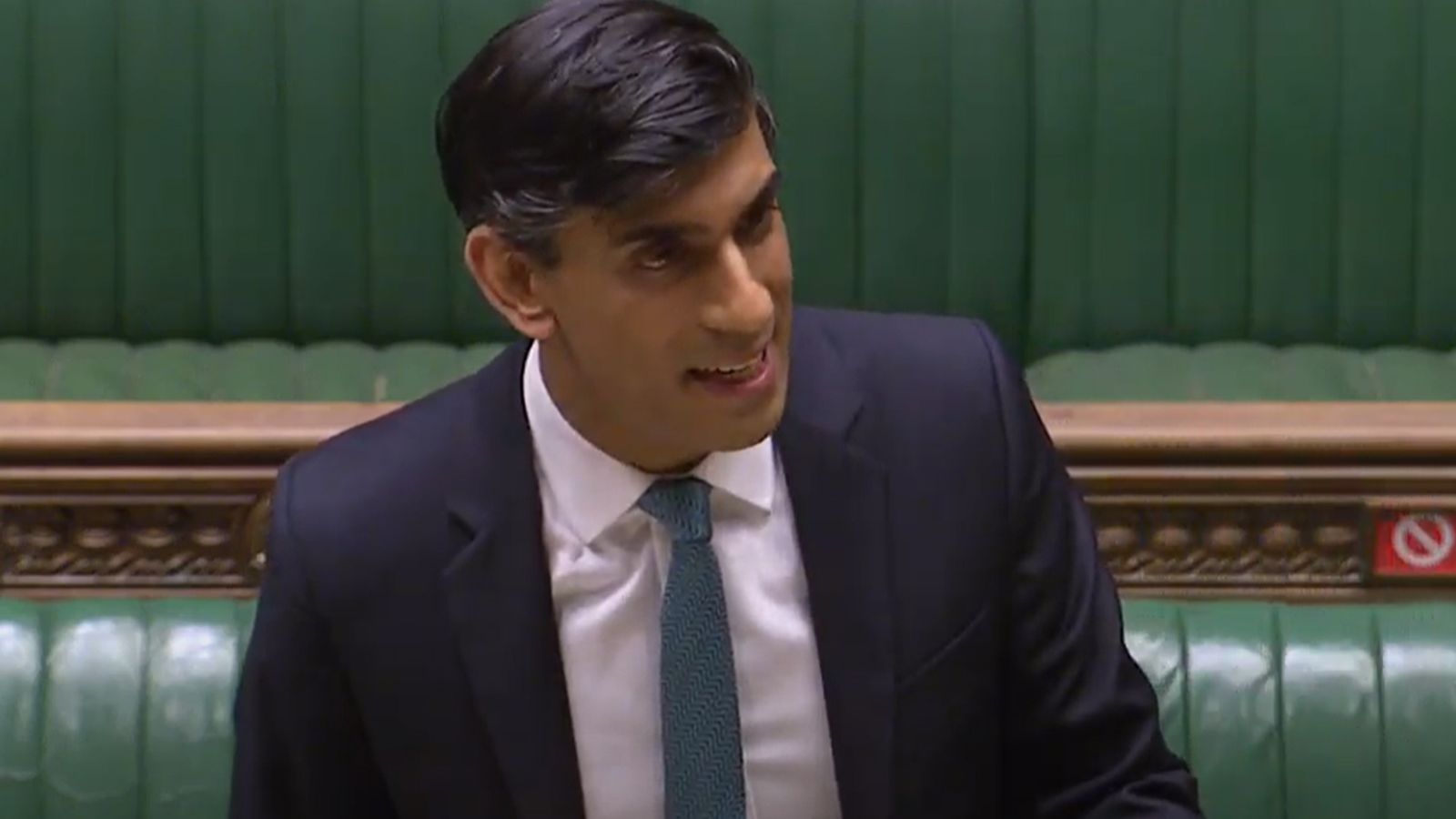 The chancellor has warned that there are tough times ahead for the UK economy as it struggles through a third national lockdown.

In an update to MPs on Monday, Rishi Sunak said: “We should expect the economy to get worse before it gets better.”

Mr Sunak said restrictions placed on people and businesses were necessary to limit the spread of the coronavirus but that they would also have a “significant” economic impact.

Last week the chancellor launched a £4.6bn support package for businesses and he has previously announced emergency help for the economy worth £280bn.

The latter figure includes the job protection and furlough scheme which is to run until the end of April.

Mr Sunak hinted that there would be no more support announced before the 3 March budget, saying: “The budget is the appropriate place to consider those [measures] given the scale of the response and indeed the fact that all of our major avenues of support have been extended through to the spring.”

But earlier on Monday, the Federation of Small Businesses said a record 250,000 small firms are set to close this year under combined pressures of coronavirus and Brexit.

And a 16% rise in gross domestic product between July and September last year was not enough to make up for the 18.8% fall seen in the April to June quarter, when much of the economy was shut to limit the spread of virus.

But on Monday, Mr Sunak took issue with figures showing British economic output had been hit harder during the pandemic than almost any other comparable country.

He said: “It is very clear that the way we calculate that output flatters other countries and disadvantages us when it comes to making those comparisons.”

Mr Sunak’s economic update came amid concern that some UK hospitals are just days from being overwhelmed due to the influx of coronavirus patients.

Prime Minister Boris Johnson also warned on Monday that restrictions may have to be toughened if ministers feel lockdown rules “are not being properly observed”.

Mr Johnson said the country faces a “race against time” to vaccinate people, with the worst weeks of the pandemic expected soon and more than 81,000 people already having died with the virus.

Some 2.4 million people have already been vaccinated, including 40% of 80-year-olds.