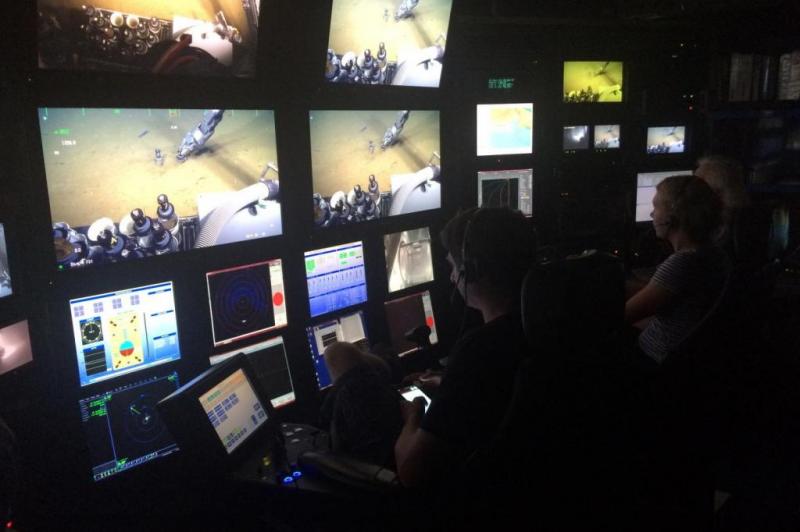 March 5 (UPI) — The size and complexity of marine ecosystems make it difficult to predict the effects of climate change, especially on deep sea communities.

But thanks to the efforts of a team of marine biologists and oceanographers, scientists are gaining a better understanding of the influence of oxygen and temperature on the density and diversity of deep sea fish populations.

The study, led by scientists with the Scripps Institution of Oceanography at the University of California San Diego and the Monterey Bay Aquarium Research Institute, focused on demersal fish communities in the Gulf of California. Demersal fish are fish that live close to the seafloor.

Their data and observations showed fish diversity dramatically declines in regions with very low levels of oxygen, concentrations equal to or less than 7 μmol/kg. By comparison, the ocean’s surface features oxygen concentrations of between 200 and 300 7 μmol/kg.

Deep sea conditions aren’t the same everywhere in the Gulf of California, as the ocean floor’s varied topography ensures a diversity of environs. Farther north, deep seawater temperatures tend to be warmer and host higher oxygen levels while in the south, the deep sea is colder and extremely oxygen poor. To the south, deep seawater is cold and oxygen-poor.

“It’s really rare to find such large differences across such a small spatial scale,” lead study author Natalya Gallo, a marine ecologist and postdoctoral research associate at Scripps Oceanography, said in a news release. “This lets us pick apart some of the environmental factors that affect the types of fish communities we see, making this a really great study system.”

Scientists deployed Doc Rickets, a remotely operated submersible, to document fish communities and record temperature and oxygen levels in the northern, central, and southern portions of the gulf.

In addition to oxygen and temperature, scientists analyzed the influence of depth, habitat type, food input and latitude on the numbers and kinds of demersal fish they found living in different parts of the Gulf of California.

Temperature wasn’t the only factor with a strong effect on the diversity of structure of fish communities.

“We also found that oxygen concentration and temperature interact, with higher temperatures linked to reduced fish densities under low oxygen conditions, and to increasing fish densities under better oxygenated conditions,” Gallo said. “The fact that, when including all of these variables in our model, oxygen and temperature came out as the strongest drivers of community structure, really showcases the importance of these two climate-sensitive environmental variables.”

If climate change continues unabated, the latest finding suggest fish communities in the central and northern portions of the Gulf of California are likely to become less diverse, unstable and vulnerable as a result of declines in oxygen and increases in temperature.

“This work helps us understand how trends in oxygen level and temperature are likely to affect fish communities going forward,” said Gallo. “We can use these data to understand climate change vulnerability in demersal fish, and similar work in the future will help us better understand the impacts on other kinds of fish species, as well as how and why some fish can survive under such low oxygen conditions.”

As climate changes alters the distribution of different marine habitats and ocean conditions, whole communities of marine life will be disrupted. Many species will be forced to relocate. Protections and regulations designed to safeguard the most vulnerable communities will need to be adjusted. By predicting the effects of climate change on important fish communities, the findings of Gallo and his colleagues — published this week in the journal Marine Ecology Progress Series — can help policy makers make the proper adjustments.

“This study, and others like it, tell us what might happen in the future as we drive environmental changes in the ocean,” said senior study author James Barry, a senior scientist at MBARI. “This allows us to create a framework of understanding so we can make informed decisions about the protection and management of entire ecosystems and the benefits we gain from them.”