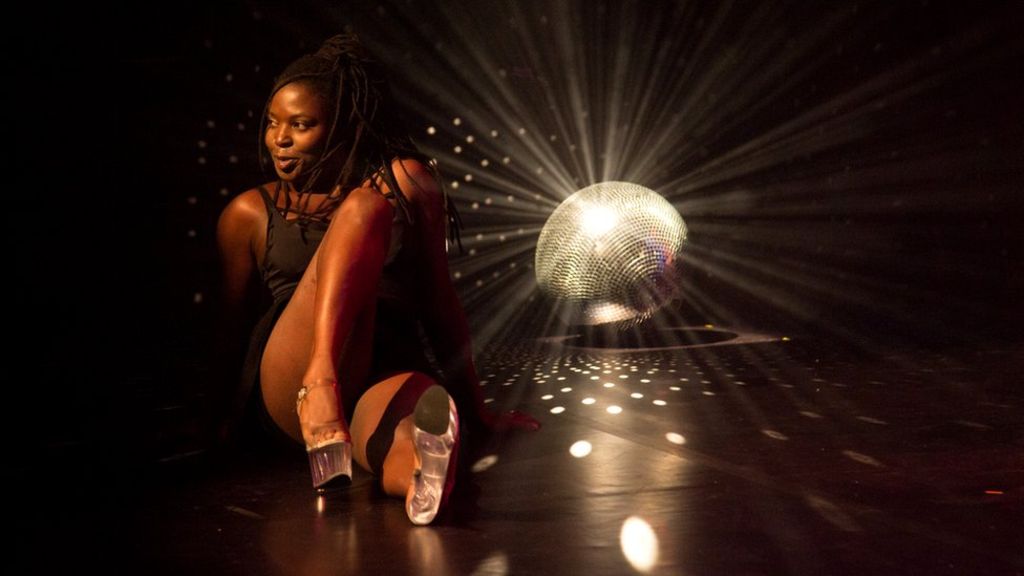 Poetry, pole dancing and particle physics don’t often meet. But they do in a new theatre show by a performer who wants to reclaim the way the female body is portrayed.

The latter two are normally performed in certain clubs for certain men, but Kunda is reinventing them for her own positive purpose.

It was her movement director who suggested she have pole dancing lessons.

“It’s not for people who want to become strippers – it’s about how to be confident with your body, with your own sensuality, and also it’s about fitness and strength and doing the things that make you feel fabulous regardless of your size,” she says.

“It’s about being comfortable in your skin and being able to celebrate your sensuality.”

She combines movement and dance with her linguistically luscious poetry, which riffs on the big questions of life and the universe, such as “what are the real laws of attraction?”

Kunda explains: “I decided to research the laws of attraction by interviewing particle physicists, a professor of philosophy and also attend a lap dancing course, because they might have a different take on laws of attraction.

She gives an example of one of her lines: “If an atom was a nightclub, the nucleus would be dancing in the middle of the dancefloor and the electron would be orbiting the nucleus getting to see its sexiness from all angles.

“So I’m explaining about how atoms and particles work, whilst spinning.”

Movement is married with scientific themes throughout the show. It’s a deliberate attempt to “celebrate and elevate your body, your physicality, your beauty” while at the same time “being valued for your intellect and your thoughts”, she says.

The second full theatre show from Kunda, Superposition launches at The Lowry theatre in Salford on Thursday. The title is making the point that she can’t be pigeonholed.

Her last show Amsterdam premiered in 2014 and toured for three years. She was also one of the winners of BBC Radio 3 The Verb New Voices writing competition in 2015.

As a result, she made a short film for the BBC titled Physics – which was one of the seeds for Superposition.

But her career nearly didn’t get off the ground at all. Kunda was turned down for Arts Council England funding to stage Amsterdam because, she says, she wasn’t an established theatre artist at the time.

PPI to the rescue

“It just made me more determined because I thought, I’m not going to let people dictate to me what I can do with my life and what I can’t do.”

She did find the the money, but from an unusual source – a PPI claim.

“Somebody approached me on the street saying, ‘You can claim back for PPI’. I thought, actually, I’ve had several credit cards over the years, so I filled out all the forms and it was successful. I was using that to pay the creative team.”

She raised the rest of the money by starting a gardening company called Titan Trimmers and mowing her neighbours’ lawns at evenings and weekends. Meanwhile, she persuaded her sister to donate her tax rebate and asked friends if they would like to “invest in some art”.

“So I begged, stole and borrowed and scrimped and worked my butt off,” she says.

It’s said with the conviction of someone who has a vision – and knows how to make people watch, listen and learn.

Chanje Kunda: Superposition is at The Lowry on 26 & 27 October.