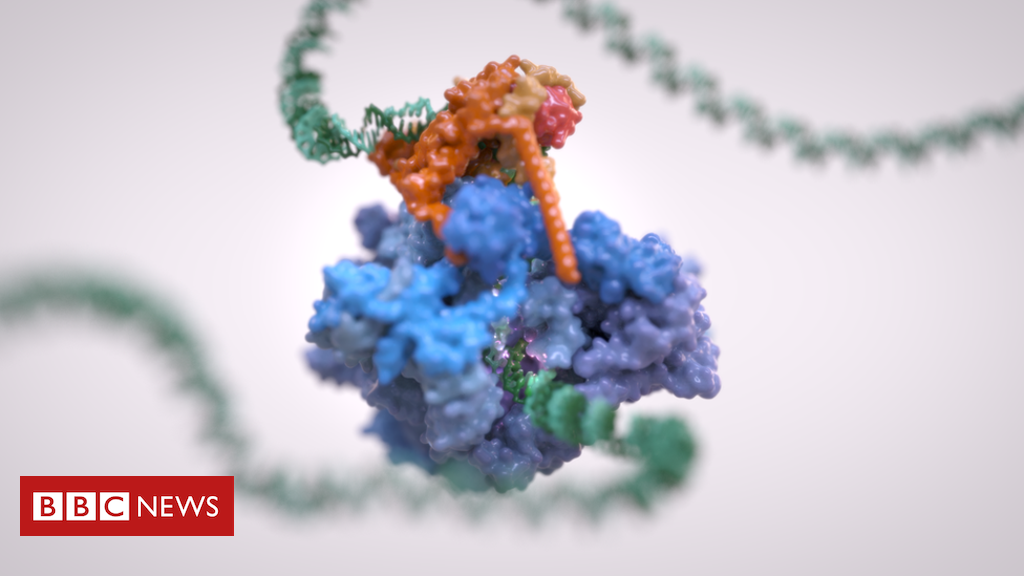 “Incredible” images of DNA in action have been captured by scientists who will use them to design cancer drugs.

Researcher Dr Alessandro Vannini said the pictures were “beautiful” and in artistic comparisons were “definitely a Van Gogh”.

They capture a fundamental part of all plant and animal life, called RNA polymerase III, reading the genetic instructions contained in DNA.

It is a process that gets hijacked by cancer.

Human DNA contains the genetic instructions for building and running the human body.

It is RNA polymerase III’s job to come along and read the genetic instruction manual.

The team at the Institute of Cancer Research used a technique called cryo-electron microscopy, which won the 2017 Nobel Prize for chemistry for revolutionising biochemistry.

They purified RNA polymerase III, immersed it in water and then rapidly froze it.

This preserves the microscopic structure of objects and even captures them mid-movement.

A beam of electrons is then used to take images from lots of angles, which are then built up into a detailed 3D image.

Dr Alessandro Vannini, who published the findings in the journal Nature, told the BBC: “You don’t get the structure all at once, you just see individual strokes and it takes a while to see the big picture.

“It was definitely a Van Gogh.”

The researchers caught the molecular machinery binding to DNA, unzipping it and reading the information in the genetic code.

RNA polymerase III is involved in the supply of building materials needed to make proteins.

A cancerous cell that is dividing rapidly and out of control needs more, and different, building materials than a normal healthy cell.

Changes to RNA polymerase III have often been implicated in cancer.

Dr Vannini told the BBC: “It’s very highly regulated, but it is very often hijacked in cancer and there is a complete shift in the building blocks.”

But now the structure of RNA polymerase III and the way it interacts with DNA has been worked out, the team plan to design drugs to alter the way it works.

Dr Vannini said: “It’s a new way of thinking and targeting very central machinery. If we block it completely then all cells will die, but if we can block it partially we can see if we can stop cancers.”

Prof Paul Workman, the chief executive of the Institute of Cancer Research, London, said: “This beautiful study has unveiled a fundamental cog in the inner workings of cells and one that is often exploited by cancers.

“It’s a hugely important finding in cell biology, and I hope that in future it will lead to new treatments for cancer patients.”

Dr Amanda Collis, from the Biotechnology and Biological Sciences Research Council, said: “This exciting discovery demonstrates how fundamental understanding of biological systems can open the door to the development of potential new cancer therapies.”