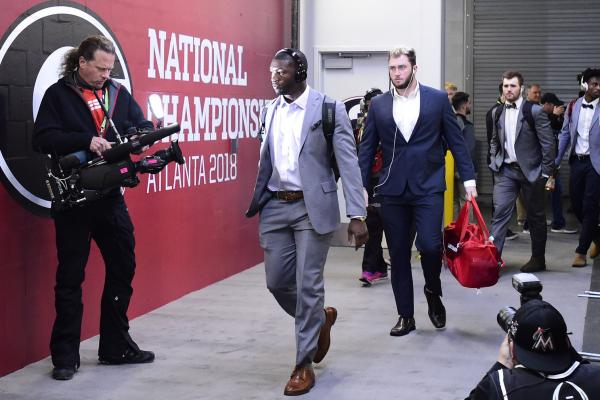 Chicago Bears first-round draft pick Roquan Smith has yet to report to training camp, but general manager Ryan Pace believes that is about to change in the near future.

Pace did not set a timetable for Smith to report, per the Chicago Sun-Times.

Smith, an inside linebacker who was the eighth overall pick of the 2018 NFL Draft, did not report with rookies on Monday and continued to be absent as veterans came to Olivet Nazarene University on Thursday in Bourbonnais, Ill.

Smith amassed 137 tackles, including 14 for loss, 6.5 sacks and two fumble recoveries during his stellar junior season. The 21-year-old clocked a 4.51 time in the 40-yard dash at the NFL Combine.

He is expected to step in immediately for the Bears and play alongside fellow linebacker Danny Trevathan.