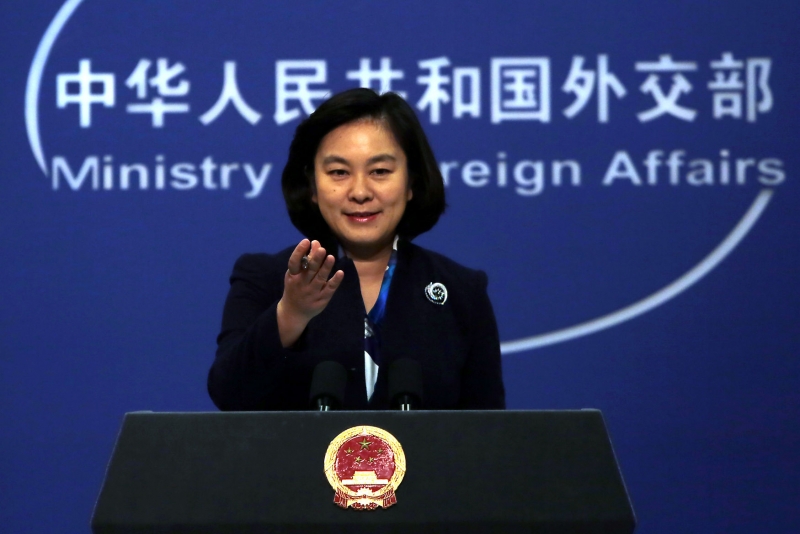 It was unclear exactly what the sanctions entitle other than they were effective immediately and UPI has contacted China’s Foreign Ministry for comment.

The move came in response to the Trump administration on Thursday blacklisting four Chinese officials, including Chen Quanguo, who holds one of 25 seats on the powerful policymaking Politburo, for contributing to the human rights abuses being committed in Xinjiang, where the Chinese Communist Party has been accused by the U.N., the United States and activists of detaining more than 1 million Uyghur and other Muslim minorities in detention camps.

China has repeatedly denied the allegations, claiming the camps to be training centers whose purpose is to stamp out extremism in the name of counterterrorism while urging the United States and other nations who have condemned its human rights record to stop meddling in its internal affairs.

“Xinjiang internal affairs are China’s internal affairs, and the U.S. has no right to interfere,” Hua said Monday, vowing Beijing would take further actions to punish Washington if deemed necessary. “The Chinese government is determined to guard national sovereignty, security and development interests and is determined in fighting terrorists, violent separatists and religious extremists forces and determined in opposing external interference.”

Those named by China Monday have repeatedly called it out for its treatment of its Uyghur citizens, with Rubio having authored a bill President Donald Trump signed into law last month to impose sanctions on those responsible for human rights abuses in Xinjiang.