The pain was etched on Mooky Greidinger’s face as he explained why the company he leads, Cineworld, has today announced plans to temporarily close its cinemas in the UK, Ireland and the United States.

Mr Greidinger, whose grandfather opened his first cinema 90 years ago, said he had no alternative to a tough decision that threatens the livelihoods of 45,000 employees worldwide and nearly 6,000 in the UK alone.

He said that, with the big Hollywood studios delaying major new film releases, cinemagoers were staying away. 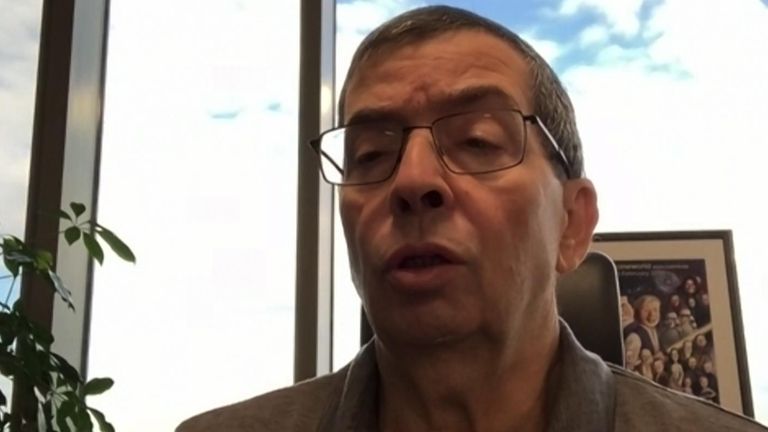 Cineworld boss: ‘We had no alternative’

Mr Greidinger told Sky News: “We didn’t have the goods.

“After the Tenet release, which was really the most significant movie that was released at the end of August and early September, movies continued to move on schedule.

“[But there] was an issue in the US market, because some markets there, mainly New York, did not open, the studios hesitated and kept on postponing the movies.

“And then on Friday we got the news that the Bond movie – which, needless to say, for the UK is the biggest movie of the year every time we have a Bond – also decided to move. 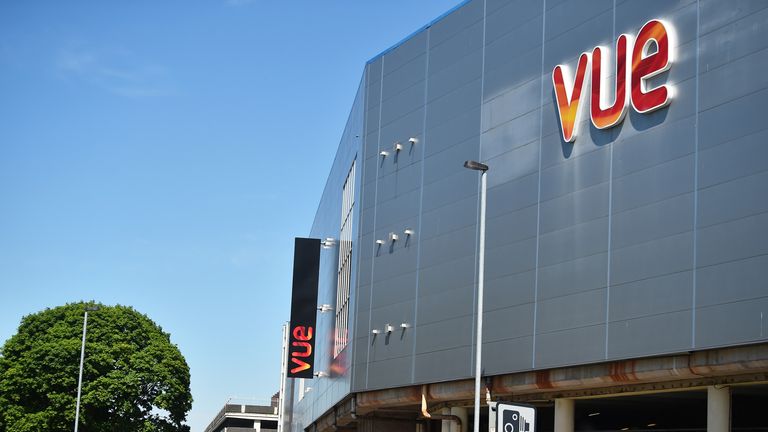 Vue: Studios too focused on COVID-19 in US

“We were bleeding much bigger amounts when we are open than when we are closed – we are like a grocery shop with no food.

“We had to take this decision.”

According to Tim Richards, chief executive of rival Vue International, part of the problem is that the film studios are being too “US-centric” and focusing on what is happening in New York and Los Angeles, where cinemas remain closed, rather than at the global picture.

“Well over 80% of our customers are happy with the safety arrangements.”

“If you look at Tenet, probably the only comparison we have right now with a blockbuster film, it has already delivered well over $ 300m (£228m) globally.

“It’s probably going to get maybe 90% of what Interstellar did.

“The market is there, the customers are there – they are desperate to get out.”

Mr Greidinger, who as a schoolboy worked in the family’s cinemas as an usher, cashier and in the projection room, said he agreed with that assessment: “Sometimes the studios tend to forget that the international market today supplies something like 75% of the income.

“We see, if we look at Tenet, it was very successful internationally.”

But he said it was also possible, given the sums invested in film production, to understand why the studios were being so cautious.

He went on: “Opening movies without New York, without most of California, in the US is very significant.

“It’s really difficult to understand how a state like New York can allow indoor dining, allow casinos, allow bowling alleys, and many other indoor activities, and on the other hand, saying that cinemas should still wait.

“And despite the fact that we are operating cinemas now around the world for three months…and we didn’t have any issues with COVID, because of the safety precautions that we are taking people are saying to us we feel safe in the cinema.

“So I guess it’s a wrong decision from the studios really to move the movies in such a way.”

The despair felt by cinema operators like Mr Greidinger and Mr Richards is all the more pronounced because of the sums they have invested making their venues safe for cinemagoers.

Vue, for example, sent all staff on two days of training to prepare them for the reopening of cinemas after lockdown.

In Cineworld’s case the position is particularly acute, due to the pile of debt the company has accumulated following a period of rapid expansion and some major acquisitions that have made it the world’s second biggest cinema operator.

Mr Greidinger insisted today he was confident Cineworld would ride out the storm.

“We will get the liquidity that we need,” he said.

“We have full support from the banks that are working with us. A lot of funds.

“And the negative cash flow when we are closed is much smaller [than were we to remain open].

“We are strengthening, in this move, the position of the company.

“And we are securing the future of the company.” 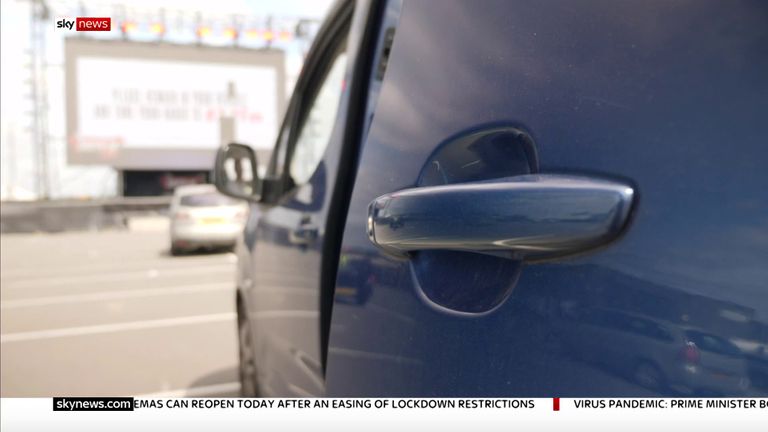 Drive in cinemas: Will the UK take to it like the US?

Cineworld is not alone in its plight.

S&P, the ratings agency, said on Friday that Chinese-controlled AMC, the world’s biggest cinema operator and owner of the Odeon chain, could run out of liquidity six months from now unless it could raise more capital.

Possibly the bigger question for investors, longer term, will be the ongoing relationship between the film studios and the cinema operators.

During the lockdown, some studios have opted to release films via their own distribution networks, or via streaming services.

For example, Universal – which is owned by Comcast, the ultimate parent company of Sky News – released the film Trolls World Tour in May directly to streaming platforms.

That prompted both Cineworld and AMC to ban Universal films from their screens.

Since then, however, AMC has reached a compromise with Universal under which it will continue to screen its films – albeit with the ‘theatrical window’ shortened from 90 days to just 17.

Disney, meanwhile, has released its new $ 200m (£152m) action film, Mulan, to its Disney+ streaming service rather than in cinemas.

These developments have led some investors to worry that the relationship between the studios and the cinemas is set to change forever – with the film studios having the stronger hand.

In the meantime, there are fears that many Cineworld employees – having been laid off, hopefully only temporarily – may leave the industry forever.

Mr Greidinger insisted today he hoped that would not come to pass.

He said: “We see our employees as a big family. We are very proud of them.

“But, in order to secure their place of work, we have to take these measures now.

“And I hope to see them very soon, back at work, doing the thing that they so much love to do.”