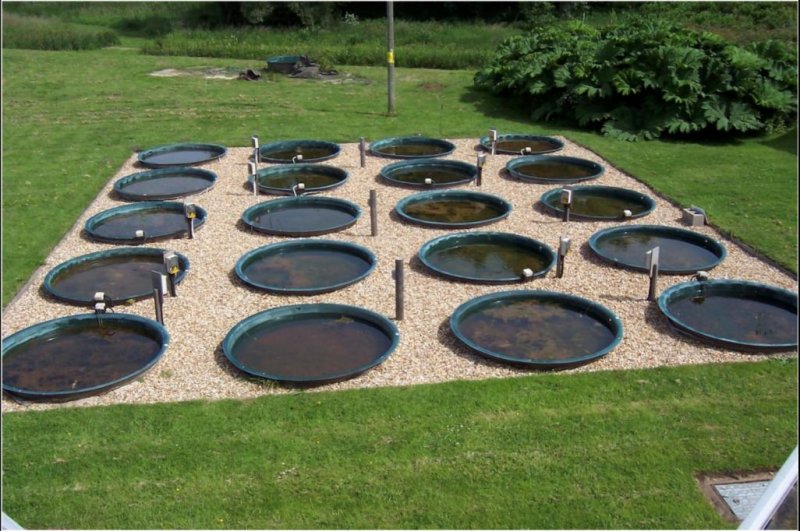 March 1 (UPI) — As the planet continues to get hotter, new research suggests food chains will become less efficient, funneling less and less energy from the bottom to the top.

For the study, researchers at the University of Exeter and Queen Mary University of London measured the effects of temperature on the movement of energy from single-celled algae, or phytoplankton, to the microscopic organisms — called zooplankton — that eat them.

The findings, published Monday in the journal Nature, showed an increase of 4 degrees Celsius reduced the energy transfer from phytoplankton to zooplankton by 56 percent.

“These findings shine a light on an under-appreciated consequence of global warming,” study co-author Gabriel Yvon-Durocher said in a press release.

“Phytoplankton and zooplankton are the foundation of food webs that support freshwater and marine ecosystems that humans depend on,” said Yvon-Durocher, a professor of biosciences at Exeter’s Environment and Sustainability Institute.

Over the course of seven years, researchers regularly measured nitrogen transfer efficiency — a proxy for overall energy transfer — among plankton that were gradually exposed to warmer and warmer water.

According to Yvon-Durocher, the new study is the first to measure the metabolic costs of higher temperatures within the base of a food chain.

“If the effects we find in this experiment are evident in natural ecosystems, the consequences could be profound,” said co-author Mark Trimmer.

“The impact on larger animals at the top of food chains — which depend on energy passed up from lower down the food chain — could be severe,” said Trimmer, a professor of biogeochemistry at QMUL.

Previous studies suggest roughly a tenth of the energy produced on one level of a food chain is transferred to the next level. That’s because most of the energy consumed by an organism is expended during its lifetime. Only a fraction is converted into biomass that can be consumed and converted into energy by a predator.

“Warmer temperatures can cause metabolic rates to accelerate faster than growth rates, which reduces the energy available to predators in the next level up the food web,” said co-author Diego Barneche, researcher at the Australian Institute of Marine Science and the Oceans Institute at the University of Western Australia.

The authors of the new study said more research is needed to confirm the scope of the slowdown in energy transfer within real-life food chains.