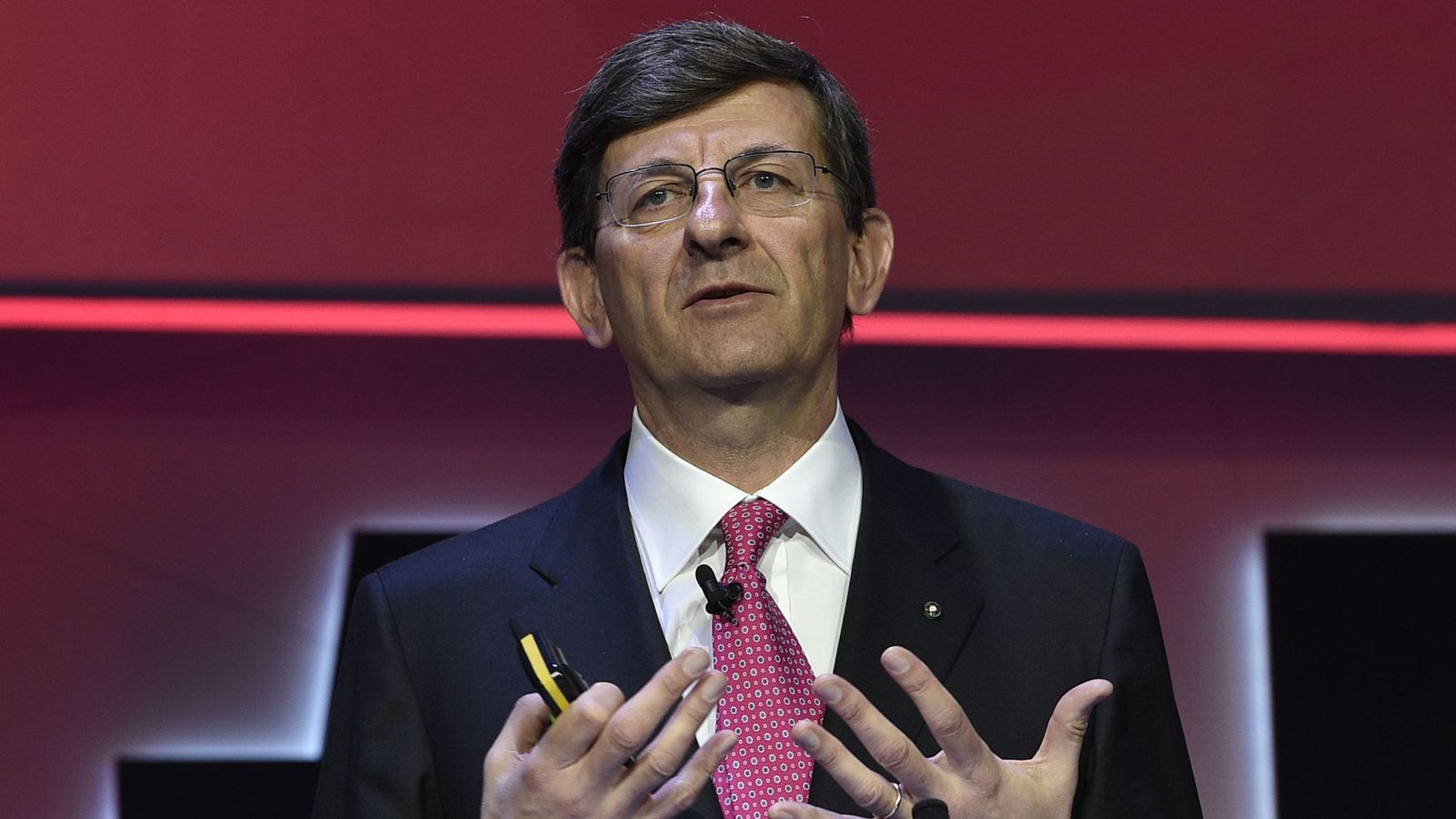 Vodafone’s chief executive Vittorio Colao will step down on October 1 after more than 10 years in charge of the world’s second-largest mobile phone company.

Under Mr Colao’s tenure, Vodafone sold its joint venture with Verizon for $ 130bn and merged its business in India with Idea Cellular.

Vodafone group chairman Gerard Kleisterlee said: “I would like to express our gratitude to Vittorio for an outstanding tenure.

“He has been an exemplary leader and strategic visionary who has overseen a dramatic transformation of Vodafone into a global pacesetter in converged communications, ready for the Gigabit future.

Colao’s decision to step down from the top job came as the company reported a profit of 2.8bn euros (£2.5bn) for the year to March 31.

A year ago, it made a loss of 6.1bn euros (£5.4bn) after taking a 4.5 bn euro charge for merging its India operations with Idea.

Mr Colao said: “We have made good progress in securing approvals for the merger with Idea Cellular in India – which is expected to close imminently – and appointed the new management team, who will focus immediately on capturing the sizeable cost synergies.

“In addition, we agreed the merger of Indus Towers and Bharti Infratel, allowing Vodafone to own a significant cocontrolling stake in India’s largest listed tower company. “

He added: “And we announced last week the acquisition of Liberty Global’s cable assets in Germany and Central and Eastern Europe, transforming the Group into Europe’s leading next generation network owner and a truly converged challenger to dominant incumbents.”

“Standing down after a decade at the helm, Vodafone’s chief executive Vittorio Colao has struggled to do much for the share price under his leadership,” Russ Mould, investment director at AJ Bell, said.

“For all the tributes from the mobile telecoms firm for his ‘outstanding tenure’ the share price is up just 23% over that time against a 45.2% advance for the FTSE 100.”

Mr. Mould added: “Of course, this ignores the significant sums returned to shareholders through dividends and share buybacks and the performance of the shares under Colao may not reflect any failings on his part.

“After all, Vodafone is an established player in a mature market and has few levers to pull for growth. This is reflected in the guidance alongside full-year results for low-to-mid single digit organic growth for the year ahead.