Cologne and Arsenal have both been charged by Uefa following incidents during Thursday’s Europa League match.

The German club face four charges, including crowd disturbances and setting off fireworks, and the Gunners face a charge over blocked stairways.

The game was delayed by more than an hour as thousands of away fans arrived at Emirates Stadium without tickets.

About 20,000 Cologne fans turned up in London despite the German club being given a ticket allocation of 2,900.

This case will be dealt with by the Uefa Control, Ethics and Disciplinary Body on 21 September. 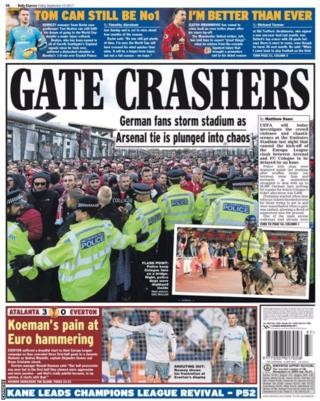