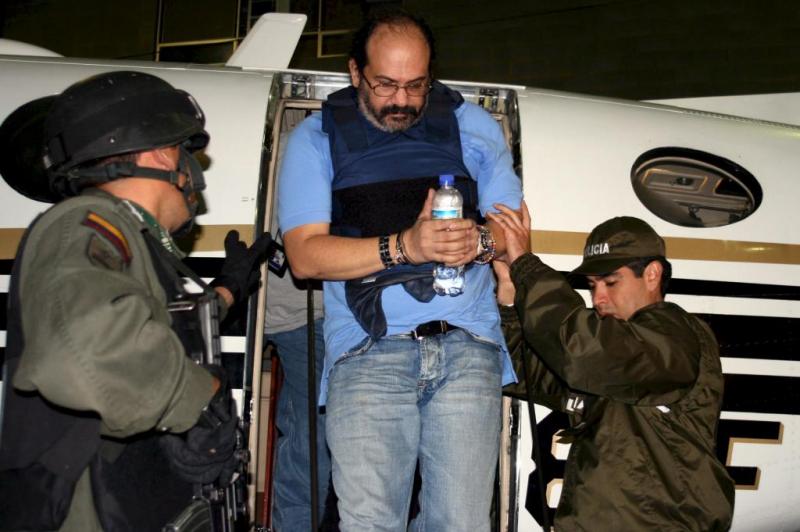 May 21 (UPI) — The Colombian government this week named the son of one of the country’s most notorious warlords to run a program meant for victims of its long-running civil war.

Survivors and victims’ rights groups expressed outrage with the selection of Jorge Rodrigo Tovar to operate the program run out of the interior ministry created to compensate victims. Tovar’s father, Rodrigo Tovar, known as Jorge 40, has been accused of nearly 400 massacres.

Tovar, leader of the Northern Bloc of the United Self-Defense Forces of Colombia (AUC), was blamed for the torture and dismemberment of 60 peasant farmers in 2000 among other crimes. He was extradited to the United States in 2008 and is serving a 16-year sentence for drug trafficking.

“It’s not just because he’s Jorge 40’s son,” Colombia Sen. Antonio Sanguino said. “He’s always thought of his father as a hero. Totally unacceptable. And now the Duque administration is rewarding him by appointing him director of victims at the interior ministry. How would the victims of the AUC’s Northern Bloc feel?”

Survivors have blamed those paramilitary groups with contributing to the 260,000 who have died over the country’s 52-year civil war while displacing more than 7 million.

The younger Tovar, 30, who is an attorney, said he will not leave his post.

“Everything that is going on fills me with the promise to show that I do good work and that the work can speak for me,” Tovar told a local magazine.