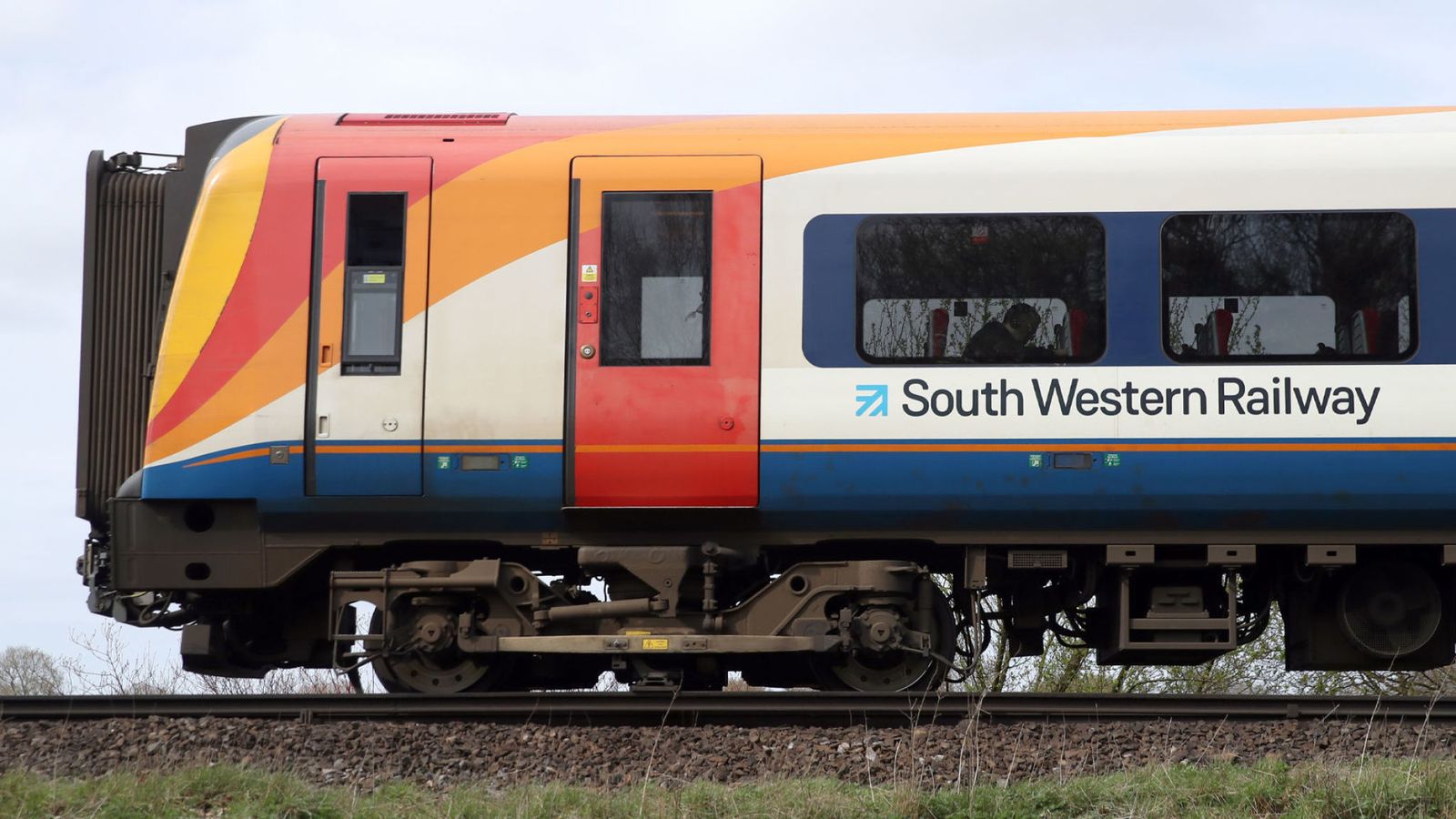 Strike action due to hit thousands of passengers starts today after South Western Railway (SWR) and the RMT union failed to reach a deal.

Hundreds of thousands of commuters on trains into and out of London’s Waterloo station face disruption in a long-running dispute over guards on trains – affecting connections to towns and cities such as Portsmouth, Reading and Southampton.

Members of the Rail, Maritime and Transport union who work on the SWR are walking out for 27 days between 2 December and New Year’s Day.

It is the longest stretch of action against a major rail operator in living memory.

SWR says only about half of services will run, including those to and from Waterloo, the country’s busiest railway station.

The strike will not take place on the day of the 12 December general election, and as usual there will be no trains on Christmas Day and Boxing Day.

Early on Monday morning, SWR said in a statement on Twitter: “RMT strike starts today and we will be running an amended timetable until the New Year. Peak services will be busier than normal and there may be queues at stations so please plan your journey in advance. Visit http://southwesternrailway.com/strike for the latest information.”

To complicate matters further, there has been a track circuit failure between Reading and Ascot – and the operator says trains between these two stations will only run once an hour until lunchtime.

Commuters expressed their anger and frustration on social media as they attempted to get to work during Monday morning’s rush hour.

Sam Shethran wrote: “Day 1 of the #SouthWesternRailway train strike so 6.45am trains for me for all of December.

“Saddening to see poor souls at my station going the other direction who are now waiting 50 mins for a train in -2 degrees. Naturally I wish bad things on all those striking #rmt @RMTunion”.

The start of the strike has coincided with a drop in temperatures, with many passengers complaining about extended waits in the cold.

One passenger, Mari D., wrote: “Day one of SWR December train strike. Waited in -2degree conditions for over 20mins due to delays. Now standing for almost an hour on the way into London. What on Earth does this accomplish?”

Talks between the two sides collapsed last week, with the union and company blaming each other.

Mick Cash, RMT general secretary, said: “RMT is angry and frustrated that a set of proposals that would have guaranteed the safety critical role of the guard at the point of despatch, and which would have cost the company absolutely nothing, have been kicked back in our faces.

“There is no rational explanation for the company position and we can only assume that either they or their paymasters in government want this strike action to go ahead for politically motivated purposes.

“Our action goes ahead in defence of passenger safety and accessibility, and the blame for that lies wholly with SWR and their wrecking strategy.

“The union remains available for talks and we have a deal to solve this dispute… The company should grab it with both hands.”

An SWR spokesman said: “We have done everything we can and more to meet the RMT’s outdated demands with our promise of a guard on every train and a safety critical role for that guard.

“What we are not prepared to compromise on is the much-needed modernisation of the service with improved performance, safety and customer service that our new fleet of modern suburban trains will vitally deliver for customers.

“Throughout negotiations we have tried repeatedly to find ways to meet the RMT’s aspirations.

“However, every time we find a way forward on one point the union has moved the goalposts by changing its position.”