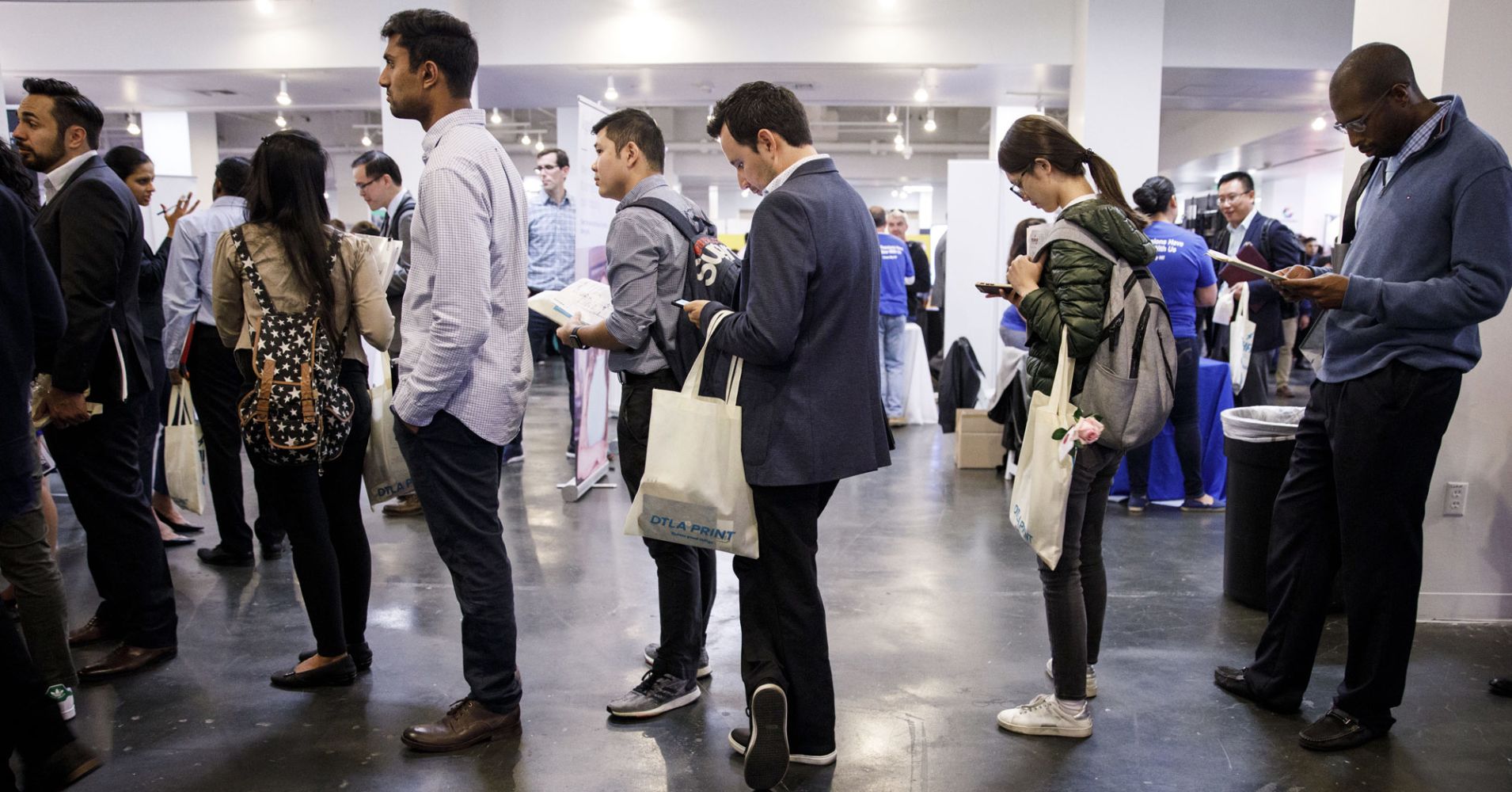 unemployment rate is at 3.8 percent while the number of Americans filing applications for jobless benefits fell this past week.

Forty percent of employers said they plan to hire full-time, permanent employees in 2019, according to CareerBuilder’s annual study on the state of the labor market.

However, half of all human resource managers said they can’t find qualified candidates to fill their open positions, CareerBuilder found.

Yet to land one of today’s most in-demand positions, particularly tech jobs, which often come with the highest salaries, your interpersonal skills may matter most.

Employers increasingly are seeking employees with so-called soft skills, such as communication, organization and attention to detail, according to CareerBuilder.

While a skills gap has made it harder for companies to find top talent, 59 percent of employers said they plan to train and hire workers who may not be 100 percent qualified but have potential, CareerBuilder found.

In fact, 80 percent of employers said soft skills will be equally or more important than hard skills when hiring candidates.

More from Invest in You:
How to survive your own financial crisis
Stashing cash finally starts to pay off
Kids with debit cards? Maybe it’s not such a bad idea after all

Meanwhile, the demand for workers in science, technology, engineering and math occupations is increasing at every education level and across every industry, according to a report by Georgetown’s Center on Education and the Workforce.

There are nearly 500,000 computing job openings nationwide and fewer than 64,000 computer science students graduated into the workforce last year, according to code.org, a nonprofit dedicated to expanding access to computer science.

But even without an undergraduate degree in STEM, the increasing popularity of classes, coding programsand boot camps makes it possible for anyone to get up to speed on the latest technology, said Caroline Ceniza-Levine, a career coach and co-founder of SixFigureStart.

“You may already be a stellar candidate when it comes to ‘soft skills,'” she said. “Updating your tech skills will certainly help you feel more competitive.”

Then, highlight those new abilities on your resume and LinkedIn profile as well as in networking emails and any other job-related interactions, she said.

“You want to present yourself as someone who wants to be doing that job, in that company, in that industry.”

Include relevant keywords to catch the attention of hiring managers, she added. For example, “if you are learning Tableau, make sure you include the phrase, ‘data visualization,’ as well,” she said. “Even though people hiring for Tableau will likely know it’s data visualization software, you want to capture recruiters who search for data visualization in general.”

“Be crystal clear about your value proposition,” Cenzina-Levine said.

What’s more, people within these occupations “are earning significantly more than those who are not,” the Georgetown report said. In fact, people with an undergraduate major in STEM make substantially more over their lifetimes than non-STEM majors — by about $ 595,000.