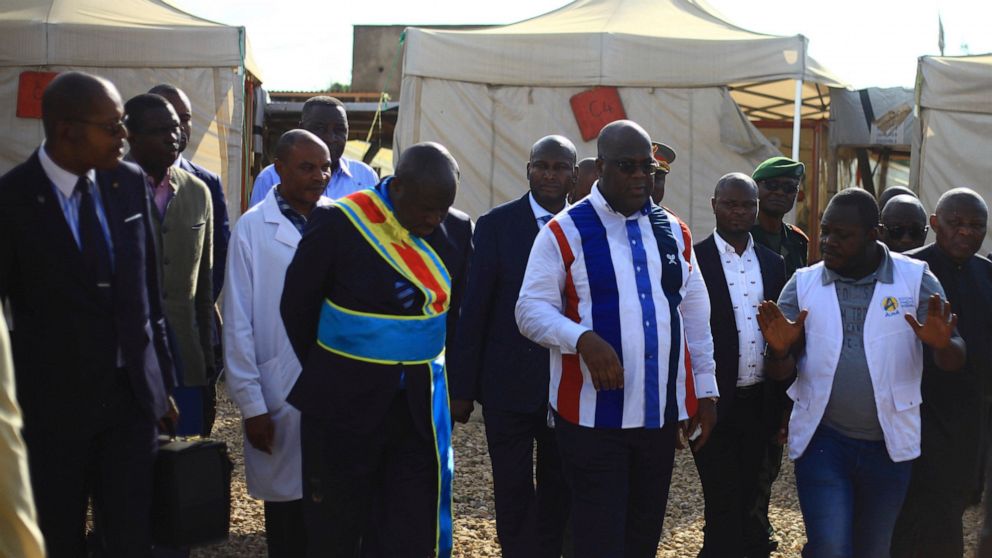 Congos president said Tuesday that he wants an Ebola virus outbreak that already has become the countrys second-deadliest contained in less than three months, although some health experts estimate it could take twice as long.

President Felix Tshisekedi set the timeline while visiting eastern Congo, the center of an Ebola outbreak that the national Health Ministry says has caused 800 deaths out of 1,200 confirmed cases.

The cases of people sickened by Ebola are from a volatile area near the border with Rwanda and Uganda, where rebel groups and bouts of community resistance complicate efforts to contain the outbreak.

More than 100,000 people have received an experimental but effective Ebola vaccine, a bright spot amid the challenges. Tshisekedis visit came a few days after the World Health Organization decided the outbreak didnt yet arise to a global health emergency.

Congos president vowed more protection for health workers and asked for cooperation from the regions people. Years of deadly rebel attacks and instability have made residents wary of both outsiders and the government.

If the Ebola outbreak continues people will be scared to visit the region, Tshisekedi said. Since taking office early this year he has vowed to combat the regions rebel groups.

One woman who was leaving a treatment center Tuesday after recovering from the hemorrhagic fever caused by Ebola described her mixed feelings once she learned she had the virus.

I thought I would die and I hid, but a few days later I came and got myself admitted, Rachel Kavugho, 29, said. And here I am, in good health.

She appealed to others in the region to seek help at the centers, too.

This version corrects to say nearly 1,200 cases have been confirmed.