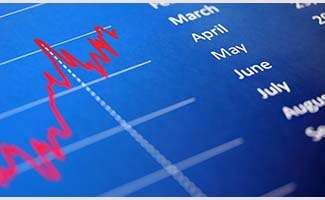 Walmart ( WMT ) traded higher for the first time in three days Thursday after the company said it was increasing its starting wage to $ 11 per hour as well as giving eligible employees a one-time, $ 1,000 bonus and extending its maternity leave.

Also today, growth in global auto sales is expected to slow during 2018 from their record-breaking pace seen in 2017, according to a new IHS Markit forecast today. Auto sales rose about 2.4% world-wide last year to 94.5 mln units, IHS said, also predicting light vehicle sales will likely grow around 1.5% during 2018 to 95.9 mln units. U.S. vehicle sales could fall 1.7% from year-ago levels to 16.9 mln units during 2018, the analytics company said. That compares with expectations for 0.7% growth in western Europe, a 0.2% rise in China and a 7.3% increase in south Asia. Other bright spots are Russia and Brazil, growing 15.9% and 12.5%, respectively. Japanese sales this year are seen falling 2.4%.

Among consumer stocks moving on news:

Funko ( FNKO ) rose more than 6% after the pop culture consumer products company said on Thursday it has rolled out HeroWorld, its newest vinyl collectible figures collection. The collection is exclusively available at Target ( TGT ) and Target.com and will connect fans to their favorite iconic heroes, the company said in a statement. The new collection includes exclusive figures from multiple, leading pop culture properties, including DC Comics, Five Nights at Freddy’s, Teen Titans Go!, Power Rangers and Scooby-Doo. The HeroWorld collection features curated sets of five or two figures, retailing for $ 14.99 and $ 6.99. In addition to this exclusive new collection, Target has agreed to reveal a new, limited-edition Funko figure starting on Jan. 5 and continuing every Friday for eight weeks.

In other sector news:

+ Post Holdings (POST) climbed as much a 4% on Thursday after the packaged food company said it is exploring a range of strategic alternatives for its private brands business. Among the options Post is considering for the unit are an initial public offering or a private placement of equity as well as a sale or some other business combination.

+ Delta Air Lines (DAL) was higher today after the air carrier surpassed analyst expectations in its fiscal Q4, reporting an 8.3% increase in revenue to $ 10.25 bln, beating the $ 10.13 bln Capital IQ consensus. Excluding one-time items, it earned $ 0.96 per share, also beating the analyst mean by $ 0.08 per share. Looking forward, Delta is expecting total revenue growth of between 2.5% to 4.5% in 2018.

– Lulelemon Athletica (LULU) declined slightly today despite analysts at Oppenheimer today raising their price target for the yoga-wear company’s stock by $ 13 to $ 88 a share.