Andrew Hall, known for his roles in Coronation Street and BBC show Butterflies, has died aged 65.

The actor-turned-director, who has enjoyed a varied career, died on Monday after a short illness.

Mr Hall first made an appearance on television screens playing Russell in well-loved sitcom Butterflies from 1978 to 1983, before appearing as Marc Selby in Corrie in 2011.

He appeared in a number of UK soaps including Eastenders, Brookside, Hollyoaks and Casualty, and most recently played the Gentleman in sci-fi series Blood Drive.

A tweet from his management group InterTalent Rights said: “It is with deep sadness that we announce the passing of our client and friend Andrew Hall who sadly passed away on Monday after a short illness.

“Andrew was loved by audiences for his many roles, most notably Butterflies, Coronation Street and, more recently, Syfy’s Blood Drive.”

“We are so sad to hear of his passing.

“Andrew was loved at InterTalent Rights Group where he had been a client in our Actors Division since 2014. He was a client and a friend.” 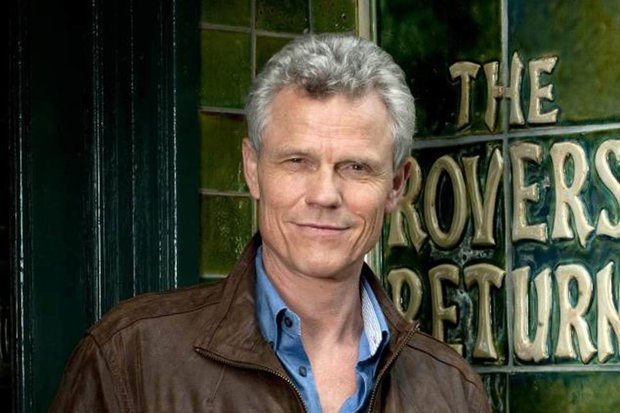 Despite spending a large portion of his career in front of the cameras, Mr Hall also took on a directing role, working on productions including Haunting Julie and Who’s Afraid Of Virginia Woolf?

He also starred in a number of other small-screen shows such as Two Point Four Children, and his films including The Truth About Love and Gabriel Ernest.

ACTOR: Andrew appeared in a number of well-loved UK soaps during his career (Pic: WENN)

“He worked extensively as an actor on both stage and screen including a period at the RSC and a run as Bill in the West End production of Mamma Mia!”

His son Josh Hall said: “Andrew began his acting career playing the character of Russell in the BBC series Butterflies.

“He then worked extensively as an actor on both stage and screen including a period at the RSC and a run as Bill in the West End production of Mamma Mia!

“Later he worked as a director and producer, enjoying successes with productions including Edward Albee’s Who’s Afraid Of Virginia Woolf? at the Trafalgar, and Kindertransport, which toured the UK.

“Most recently he appeared as The Gentleman in the SyFy series Blood Drive.

“He is survived by his wife Abigail, his mother Mabel, his children Kate and Josh, and his grandchildren Jasper and Maggie.”