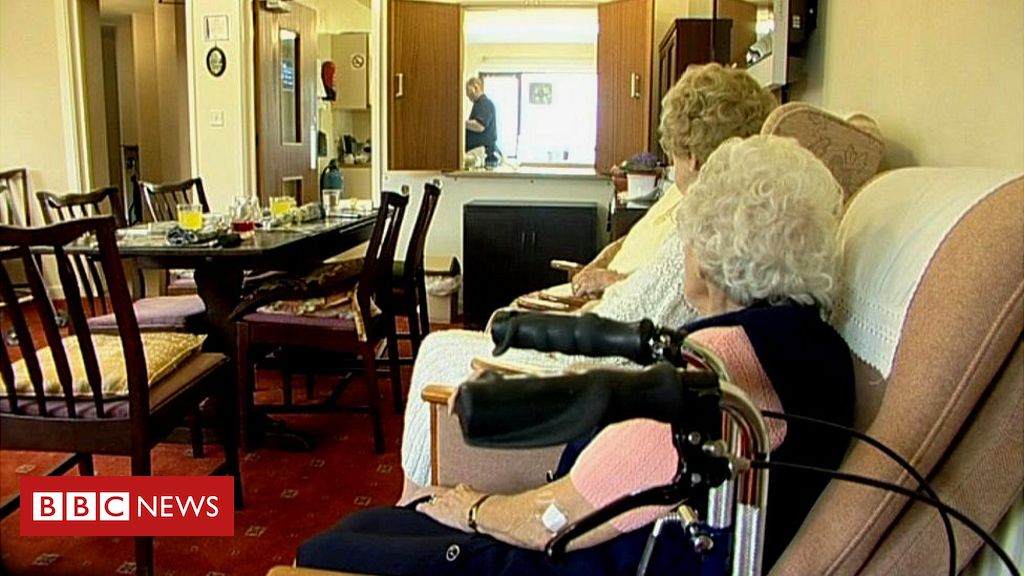 A third of all coronavirus deaths in England and Wales are now happening in care homes, figures show.

Projections for the following week – up to last Friday – suggested the numbers have since continued to rise.

It comes as coronavirus hospital deaths have started falling after peaking on 8 April.

Information about care home deaths are not included in the daily updates provided by government.

Those figures cover only deaths in hospital.

But the ONS has been able to track community deaths too by looking at death certificates.

This means the data lags behind the hospital figures.

Up until 10 April just over 1,000 coronavirus-related deaths were recorded in care homes.

Projections for the following week – up to last Friday – suggest they rose again.

Similar trends are being seen in Northern Ireland and Scotland.

But these figures may be an under-estimate.

The overall number of people dying in care homes is now three times higher than it was before the pandemic started.

Less than half of these extra deaths are being attributed to coronavirus.

Hospital deaths appear to have peaked

At the weekend the government announced hospital coronavirus deaths had topped 20,000 in the UK since the start of pandemic.

But data from the NHS suggested they peaked on 8 April – in England at least.

The ONS data for England and Wales shows a similar trend in hospitals.

What does this mean for excess deaths?

Official figures show the total number of people dying in the UK from all causes in hospitals and the community is double what we would expect for this time of year.

Government advisers say this is important to track as it reveals the indirect impact of the pandemic, from factors such as people missing out on care and dying from other conditions, as well as coronavirus deaths.

In the week to 17 April the total number of deaths in England and Wales topped 22,000 – the highest since records began in 1993. Once you include Northern Ireland and Scotland the figures are nearly 25,000.