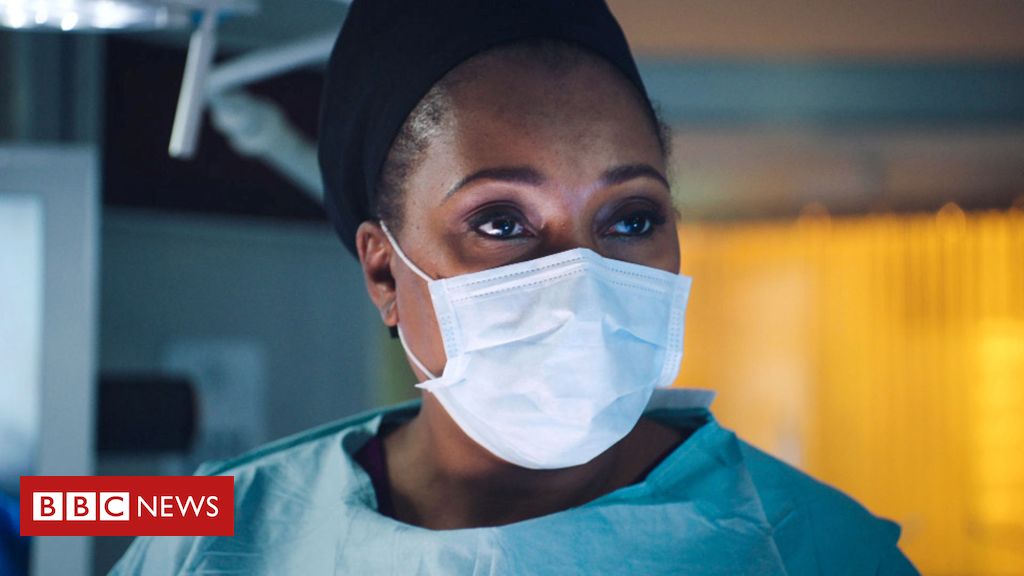 BBC medical dramas Casualty and Holby City will donate protective equipment and other kit from their sets to the NHS as the UK battles coronavirus.

Producers are in discussions with local NHS services to give personal protective equipment [PPE] “and other useful medical items to assist them”.

Both shows have suspended production.

The health secretary has said there have been “challenges” with the supply of PPE to NHS staff in England after staff warned they were at risk.

Executive producer Simon Harper said: “Casualty and Holby City are all about celebrating NHS heroism, so we are only too happy to help out and do what we can for the courageous and selfless real life medics battling this situation.”

Casualty is normally filmed in Cardiff, while Holby is based at Elstree studios in Hertfordshire. A spokesperson did not confirm how much kit would be donated or the nature of the other items.

Meanwhile, former footballer Peter Crouch is to front a new BBC TV show to give viewers a “bit of all the big summer events that have been taken away” as a result of the pandemic.

It will “remotely bring audiences live music [and] replacement sports action” after events like the Olympics, Euro 2020, Eurovision and Glastonbury were called off.

The former England striker will be joined by BBC Radio 1 presenter Maya Jama and comedian and musician Alex Horne.

The BBC will air special programmes in place of Eurovision and Glastonbury.

Eurovision: Come Together will be screened on 16 May, the day this year’s final was due to have been held in Rotterdam, and will feature classic performances plus “a look at what would have been in 2020”.

On what would have been Glastonbury’s 50th anniversary in June, there will be “a weekend of the best in music across radio, television and online”. It is not known whether that will be archive from previous festivals.

In Tuesday’s announcement about its summer schedule, the BBC also said Graham Norton’s chat show would resume on 10 April “not quite as usual, but still featuring the biggest stars”.

The BBC has not said whether those stars will join the host live in his studio.

Comedy series The Mash Report will return, but not from its usual studio. “Reflecting what everyone else is going through at the moment, the show will be self-isolating, with the whole cast filming themselves at home,” a statement said.

Other shows include The Choir: Britain in Lockdown from choirmaster Gareth Malone, who has formed The Great British Home Chorus with singers belting out the tunes from their living rooms.

On Saturday nights, BBC One will repeat classic comedy series including Gavin and Stacey, Outnumbered and Peter Kay’s Car Share.

BBC director general Tony Hall said: “The BBC is determined to do all it can to raise a smile and keep the country entertained during these testing times.

“We have lots of great shows already recorded, but we have also found ways to keep many other shows going so that the familiar faces people love will still be in their living rooms in the weeks and months ahead.”

Lord Hall promised “the best escapism, fun and distraction we can, alongside the news and information everyone needs”.