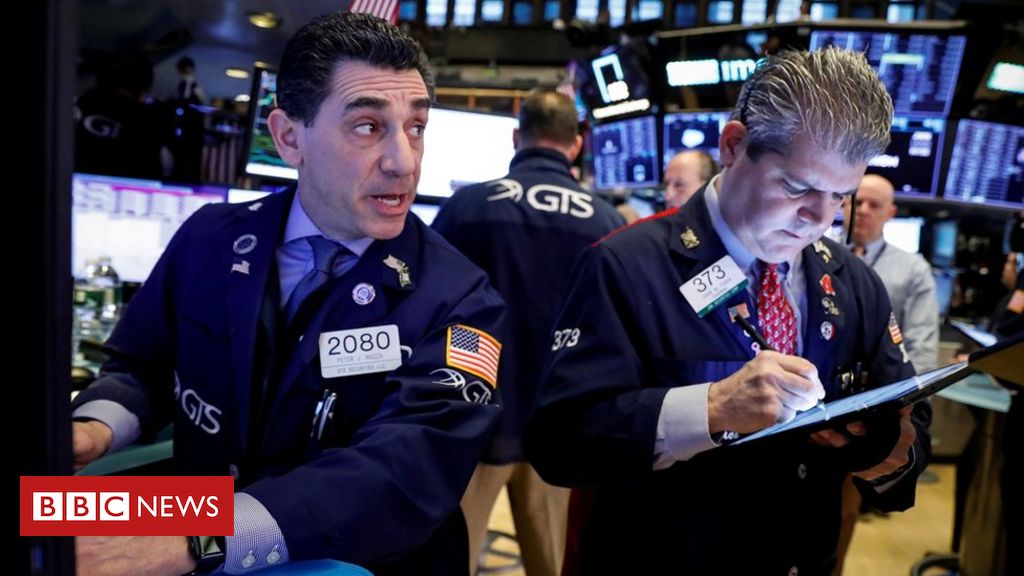 Worries over the continued spread of the coronavirus have hit financial markets, with stocks from Wall Street to Tokyo declining.

The three main US indexes closed down more than 1.5%, while London’s FTSE 100 index ended almost 2.3% lower.

Firms with significant sales in China were among the hardest hit.

The coronavirus has killed 81 people in China with almost 3,000 confirmed ill, while at least 44 cases have been confirmed abroad.

The outbreak has coincided with the Chinese New Year, when travel and spending typically spikes.

Many Asian stock markets were closed on Monday for the holiday, but concerns about the impact of the virus on the Chinese economy were felt globally, weighing on travel and fashion companies.

Oil prices also dropped more than 2%, with Brent crude falling to $ 59.32 a barrel, as traders fear demand could drop if China’s economy stalls.

“The timing [of the outbreak] could not have been worse,” analysts at Oxford Economics said in a research note.

In an attempt to slow the spread of the virus, China has announced travel curbs and quarantines, while companies in China have advised staff to work from home.

Businesses are also offering workers longer holidays, as well as telling employees returning from the most affected areas to stay away from work.

Analysts compared the situation to the 2002 outbreak of Sars, which killed almost 800 people. In the aftermath, China’s annual growth slumped from 11% to 9%.

While this virus is so far less deadly, the economic costs could be significant in Asia, ultimately spreading to other countries, including the US, “via financial market conditions, confidence, consumer spending, and exports” said Ryan Sweet, analyst at Moody’s Analytics.

“The issue with coronavirus is that it can create panic and hit confidence, causing consumers to adjust their spending,” he said.

On Monday, shares across Europe saw big declines, with the German Dax and French Cac 40 indexes both down by more than 2.5%. Luxury brands popular in China, including LVMH, Kering, L’Oreal and Hermes, all took hits, after seeing record high share prices in the past month.

In London, clothes maker Burberry, which makes about 16% of its sales in China, fell 4.79%. China is one of Burberry’s fastest-growing markets, and has warned investors that a drop in Chinese spending could spell a decline in its own revenues.

In the US, Wynn Resorts, which runs casinos in Macau, was amongst the biggest losers, with shares down 8%. Las Vegas Sands, which also has a large operation there, slumped more than 6.6%.

Disney, which has closed its Shanghai and Hong Kong parks, was down more than 3%. Other travel companies were also affected.

Clorox, known for its bleach cleaner and disinfectant wipes, was among the few gainers, rising about 1%.

Tommy Wu, senior economist at Oxford Economics, said any hit to the Chinese economy would probably be short-lived, hitting performance in the first three months of the year.

“We also expect the Chinese government to roll out measures to stabilise growth, if needed,” he said in a research note. Hong Kong, with its continuing pro-democracy protests, may suffer more, he said.