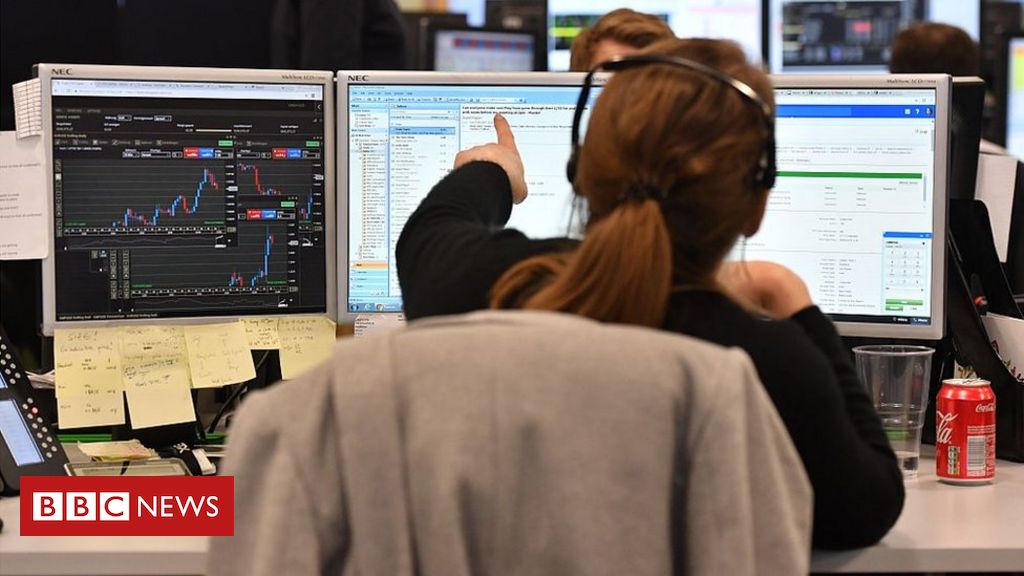 Leading shares across Europe have fallen sharply in morning trading amid fears that a renewed rise in coronavirus cases will blight economic prospects.

In London, the benchmark FTSE 100 share index was down more than 3%, with airlines, travel firms, hotel groups and pubs leading the rout.

Similar falls were seen on markets in Paris, Frankfurt and Madrid.

Banking shares were affected by an extra set of concerns as allegations of money-laundering surfaced in leaked secret files.

HSBC, the bank at the centre of the scandal, saw its share price fall more than 5% in London, but the revelations dragged down the entire sector, with Barclays, Lloyds and NatWest all dropping about 6%.

The downward trend affected all but a handful of stocks on the UK’s 100-share index. Only online delivery service Just Eat, supermarkets Tesco and Ocado and miner Fresnillo made it into positive territory.

Coronavirus cases have been surging in many European countries, as governments strive to avoid another round of national lockdowns.

In the UK, top scientists are warning that the country is at a “critical point” in the pandemic and “heading in the wrong direction”.

Prime Minister Boris Johnson is understood to be considering a two-week mini-lockdown in England – being referred to as a “circuit-breaker” – in an effort to stem widespread growth of the virus.