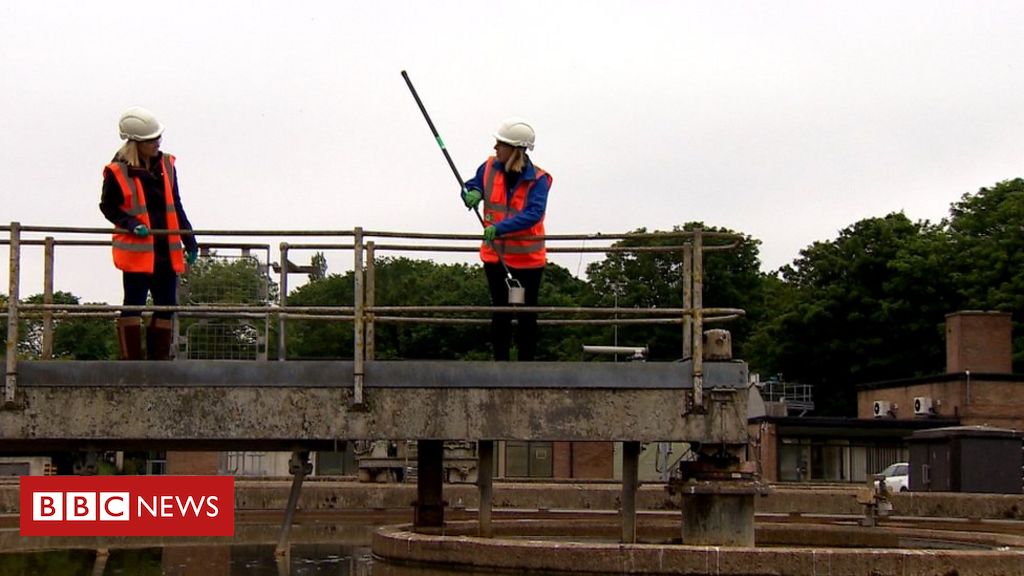 A sewage-based coronavirus test could be an “easy win” that would pick up infection spikes up to 10 days earlier than with existing medical-based tests.

Scientists led by UK’s Centre for Ecology and Hydrology are working on a standardised test to “count” the amount of coronavirus in a wastewater sample.

“The earlier you find [a signal], the earlier an intervention can happen,” says lead researcher Dr Andrew Singer.

“That means lives will be made much more liveable in the current crisis.”

Mapping infection through the sewers

A network of scientists from universities including Newcastle, Bangor and Edinburgh have already teamed up with local water companies to collect samples of untreated sewage from treatment plants; the first stage in mapping the outbreak through the sewers.

Early in the Covid-19 pandemic, research revealed that people infected with the virus “shed” viral material in their faeces. That insight prompted an interest in “sewage epidemiology”.

“By sampling wastewater at different parts of the sewerage network, we can gradually narrow an outbreak down to smaller geographical areas, enabling public-health officials to quickly target interventions in those areas at greatest risk of spreading the infection,” said Dr Singer.

“Our network already has six labs that are capable of doing that work, so a national surveillance system could happen tomorrow.”

So while the researchers say they already have a reliable test that can show the presence or absence of the coronavirus, they are now working on a way to measure levels of infection regularly and reliably across the water-treatment network.

“It’s easy to say whether something’s there or not with genetic fingerprinting,” explained Newcastle University’s Prof David Graham, who is involved in the development of that test. “But for the sake of epidemiology – which has life-and-death impacts – we wanted to be more exact.”

Prof Graham and his colleagues have now developed a way to quantify the genetic material from the coronavirus.

“We can count how much virus is in a sample,” he explained. And, because each sample comes from a water-treatment plant that serves a specific community, we can also tell you an approximate number of humans from which it came.”

He pointed out that it currently took seven-to-10 days to establish whether a person had the disease, but he said: “We can collect a sample of sewage and give you an exact number per person within the next day – and that’s for the community.

“We can tell you whether someone in the community has it at least a week earlier.”

The researchers want to fine-tune and reproduce this test before it can be rolled out as part of a Covid-19 alert system.

While many countries, including Spain, have started monitoring their wastewater, there have been some early problems – one result that suggested the coronavirus was present in Barcelona in March 2019 may have been the result of laboratory contamination.

There are problems to be solved in order to maximise the accuracy and value of a sewage-based surveillance system: the propensity of the virus to break up when it is in water, the effect on the result of other contaminants and how many sampling points need to be included in a UK-wide network in order to build up a useful picture of the outbreak.

“It seems obvious that we should be doing this,” said Dr Singer. “But it’s an approach that’s never been considered for an active outbreak.”