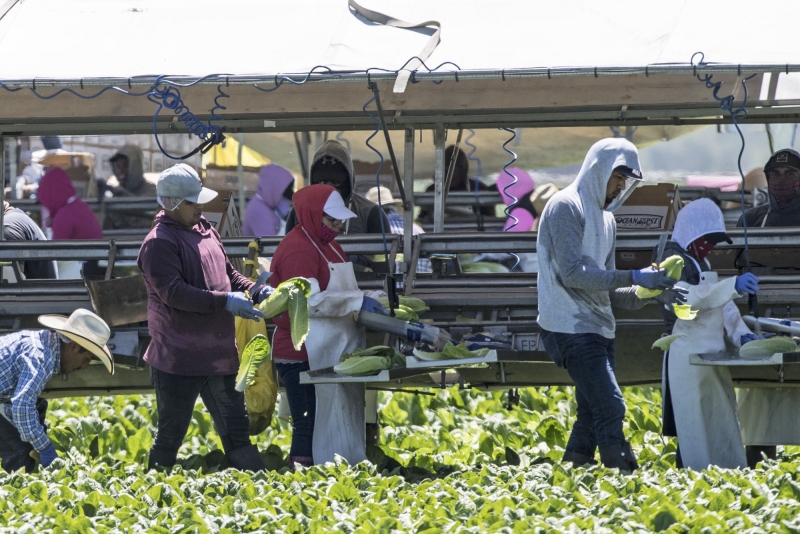 July 30 (UPI) — According to the United Nations, the four pillars of global food security are availability, access, utilization and stability.

New research suggests the global economic slowdown caused by the COVID-19 pandemic has imperiled all four.

In a paper published Thursday in the journal Science, analysts at the International Food Policy Research Institute detailed the many ways the global pandemic is undermining global food security.

In many parts of the world, lockdowns necessitated by uncontrolled COVID-19 outbreaks have disrupted the labor market, threatening the food supply chain and the stability of agricultural and food markets.

Labor shortages affect both supply and demand. Without enough workers, farms, processing plants and distribution networks can’t grow, harvest and get the food where it needs to go.

And when people are without jobs, they often don’t have the resources to buy enough good food to feed themselves and their families.

“The most important impact of the pandemic on food security is through income declines that put food access at risk,” study co-author Johan Swinnen, director-general of IFPRI, said in a news release. “This is especially a concern for the extreme poor, who spend on average about 70 percent of their total income on food.”

So far this year, the global economy has shrunk by 5 percent, a decline steeper than that triggered by the 2008 financial crisis.

Models developed by researchers at IFPRI suggest such a sizable recession is likely to push 150 million people into extreme poverty — predominately in sub-Saharan Africa and South Asia.

“Disruptions in food systems both contribute to increases in poverty, by affecting a critical source of income for many of the world’s poor, and also exacerbate the impacts of poverty by reducing access to food, particularly nutritious foods,” said Swinnen.

Researchers suggest income declines have the strongest impact on demand for fruits, vegetables and animal products like meat and dairy. The study authors warn that economic hardships could lead to malnourishment and micronutrient deficiencies, making already vulnerable communities even more susceptible to disease.

The new study showed that supply chains for some crops have fared better than others.

Because staple crops like wheat, maize and soybeans are more likely to be grown in wealthier countries, and because their production is often mechanized, they have been less vulnerable to disruption. Fruits and vegetables that require more intensive labor and are grown in poorer countries have suffered greater levels of disruption during the pandemic.

According to the paper, policy makers should avoid export restrictions and work to ensure international trade continues unimpeded. Researchers also suggest wealthier countries should do more to help poorer nations.