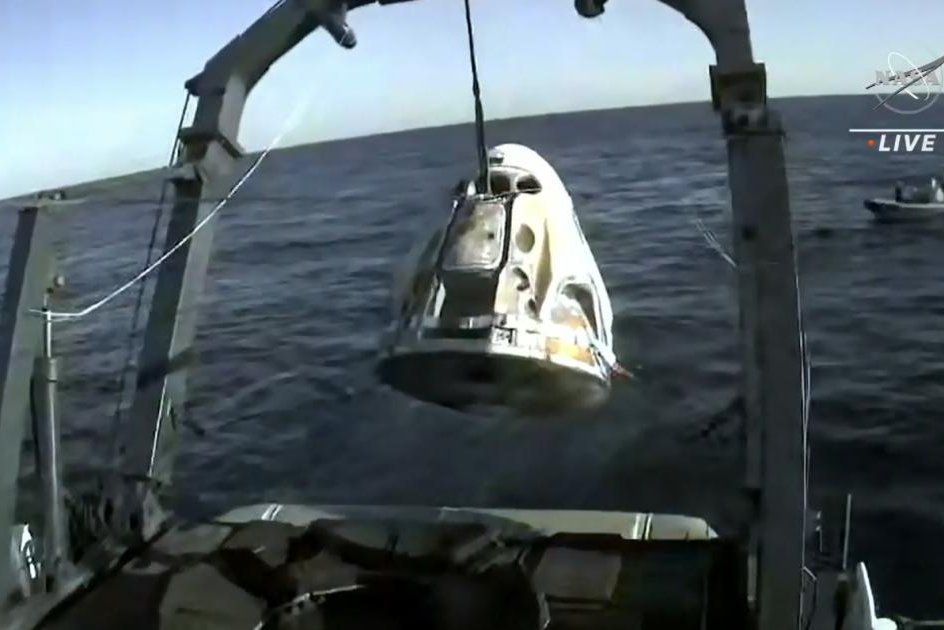 Oct. 14 (UPI) — The International Space Station Crew-4 returned to Earth on Friday in the Dragon Freedom capsule after almost six months in space, landing off the coast of Florida.

Splashdown occurred at 4:55 p.m. EDT after NASA and Space X mission controllers canceled the attempt Thursday due to weather concerns in the recovery area off Jacksonville.

The descent took about five hours, aided at the end by parachutes that eased the SpaceX capsule upright into choppy seas. A team headed toward the capsule to assist the transport onto a recovery ship named Megan, after astronaut Megan McArthur.

Aboard the returning capsule were Crew-4 astronauts Kjell Lindgren, Bob Hines, Jessica Watkins and Samantha Cristoforetti, who lifted off from Kennedy Space Center aboard a Falcon 9 rocket April 27.

They were hoisted onto a recovery ship about 5:20 p.m. and exited the capsule about 20 minutes later through a side hatch. Once they were checked out medically, the four were flown to land by helicopter.

Taking their place is Crew-5 — including mission commander Nicole Mann; NASA astronaut Josh Cassada, the pilot, as well as Japan Aerospace Exploration Agency astronaut Koichi Wakata and Roscosmos cosmonaut Anna Kikina — which docked with the orbiting facility a week ago and now will spend the next six months in orbit.

The mission is the first for Mann, who also becomes the first Indigenous woman in space. It’s also the first spaceflight for Cassada and Kikina, while it is the fifth for Wakata.

On board, the astronauts will conduct hundreds of scientific experiments and technology demonstrations, including studies on printing organs in space.