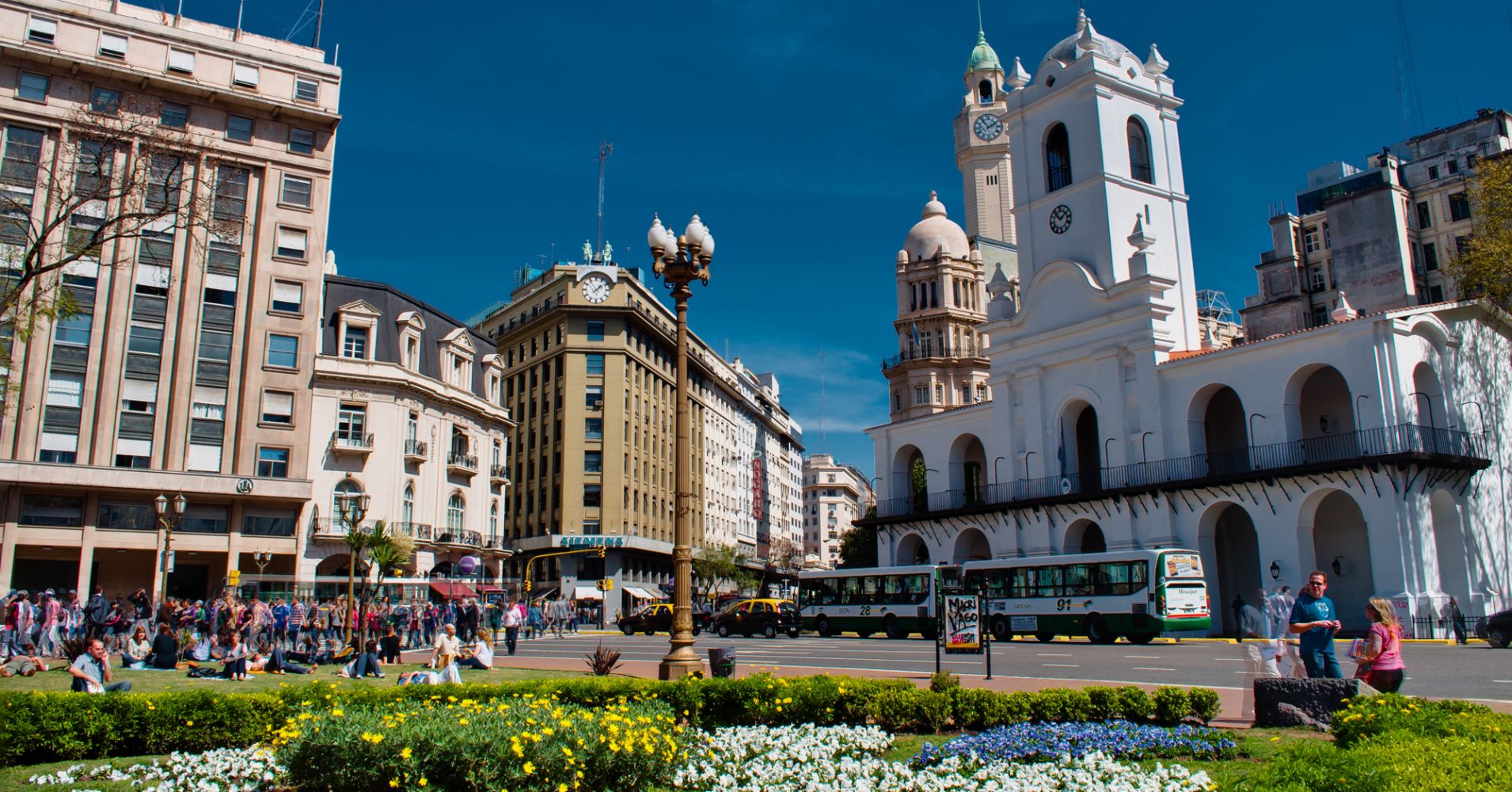 The dollar is on a tear, and that means one thing: pack your bags.

DXY U.S. dollar index, which measures the greenback against a basket of currencies, surged to year-to-date highs through August. That makes it relatively less expensive to travel to even the most far-flung destinations around the world.

At the same time, international airfares have also come down slightly making it even easier to stretch your budget on a vacation abroad.

So dust off your passport, here are the top trips to consider, according to the travel pros.

Dollar advantage: $ 1 currently buys 38 Argentine pesos, up over 120 percent from last year, according to OANDA.com.

Airfare: The average round-trip flight price is $ 1,039, nearly the same as last year, according to Hopper.com.

It’s currently springtime in Argentina, making it an especially lovely time of year to visit Buenos Aires (in November the famous flowering jacaranda blooms) and Iguazú Falls, according to Melanie Lieberman, travel editor for The Points Guy.

And since the Argentine peso recently took a dive, “you can drink an exceptional bottle of wine for just $ 10,” Lieberman said — among the other good deals to be had there.

Dollar advantage: $ 1 currently buys 19 Mexican pesos, up 5 percent from last year and about twice as much as a decade ago, according to OANDA.com.

Airfare: The average round-trip flight price is $ 377, down from $ 381 last year, according to Hopper.com.

Because of the warm weather, cheap flights and close proximity, Mexico remains an especially popular destination for American travelers, particularly for “snow birds” who head south between December and April, according to Pauline Frommer, the editorial director at Frommer’s.

These days, a favorable exchange rate is the cherry on top.

“The exchange rate between the U.S. dollar and the Mexican peso right now makes Mexico a tremendous bargain for expats funding their retirement or travel with dollars,” said Dan Prescher, the senior editor at International Living who lives near Lake Chapala, Mexico.

“Grocery prices are low, and so are restaurant prices. My wife and I use that as justification to dine out often — almost every meal.”

Dollar advantage: $ 1 currently buys 6.7 Turkish liras, nearly twice as much as it fetched just one year ago, according to OANDA.com.

Airfare: The average round-trip flight price is $ 929, up from $ 817 last year, according to Hopper.com.

Turkey’s lira has lost around 40 percent of its value against the U.S. dollar so far this year, which puts this exotic locale on the map for budget travelers dying to see Hagia Sophia or take a dip in Pamukkale’s healing hot springs.

While some sites are centuries old, The Points Guy’s travel editor Melanie Lieberman recommends a stay in the brand new Bodrum resort overlooking the Aegean Sea while the exchange rate makes this luxury five-star stay remarkably affordable (try the frappe made with local mandarin and Aegean syrup).

Airfare: The average round-trip flight price is $ 970, down from $ 973 last year, according to Hopper.com.

With a beautiful coastline and fantastic views of Table Mountain, not to mention safari tours and shark-cage diving for thrill-seekers, this is often considered the trip of a lifetime.

Still, “compared to the exchange rate in 2014, the dollar is 44 percent stronger today, making this beautiful country a must-visit even if you’re on a budget,” said Calvin Iverson, a travel expert at TravelPirates.

Getting there might be surprisingly wallet-friendly too, TravelPirates found. Some roundtrip flights for peak season dates from the U.S. to Johannesburg were as low as $ 631 and just $ 565 to Cape Town.

Dollar advantage: $ 1 currently buys 71 Indian rupees, up about 10 percent from last year, according to OANDA.com.

Airfare: The average round-trip flight price is $ 939, up from $ 885 last year, according to Hopper.com.

Prices on goods and services have been creeping higher across South Asia, but they’re still incredibly affordable for American tourists in India.

In addition to the rupee hitting an all-time low, travelers will also be able to snag inexpensive plane tickets soon.

Though the service doesn’t begin until December, flights to India in 2019 are selling for $ 199 one-way with WOW Air — and the new budget carrier will likely drive down fares from the competition, according to The Points Guy’s travel editor Melanie Lieberman.

More from Personal Finance:
A month in Paris or elsewhere in Europe may be more affordable than you think
Five beautiful places to retire that will make your jaw drop
Overseas retirement moneymakers beyond teaching English