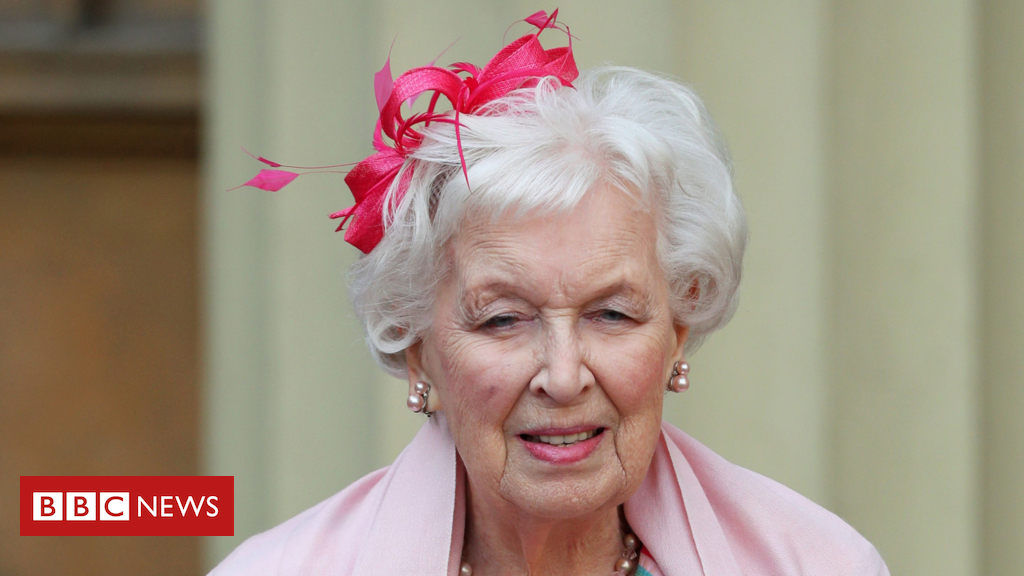 The London-born actress was a regular fixture on TV and radio for six decades, starring in Carry On films, Hancock’s Half Hour, and even Friends.

At 89, she appeared in EastEnders as Sister Ruth, a nun with a secret about Kat Slater. At 92, she was made a dame.

Her agent said she died peacefully on Friday night.

Tributes to her long and successful career in comedy are being made on Twitter.

Julia Sawalha, who played her strait-laced granddaughter in Absolutely Fabulous, said Whitfield had been a “great source of inspiration” to her as a young actress but was “far too humble to accept my adoration”.

TV producer Jon Plowman, who worked on Absolutely Fabulous, said there was “no-one with a better ability to just ‘place’ a line, always an act of utter precision”.

Very sad at the news of the death of the wonderful June Whitfield . There was no-one with more warmth or a better ability to just "place" a line ,always an act of utter precision. Hit after hit! Take it from Here Terry and June Absolutely Fabulous over seven decade. A great loss

Comedian Miranda Hart recalls a touching encounter with Whitfield who responded to an appeal for sponsorship for Edinburgh Festival early on in her career.

“Her spectacular career is unparalleled in its longevity, with seven decades of being a key element in numerous high profile and successful shows. She was the go-to female comedy performer of her generation and was always in demand from the cream of British comedy.”

Among those clamouring to work with her were Tony Hancock, Frankie Howerd, Ronnie Barker, Benny Hill, Bob Monkhouse and Tommy Cooper.

Obituary: A star in her own right

Often playing the female stooge to some of Britain’s most famous entertainers, she called herself “a comic’s tart”.

But after six decades on radio and television, she established herself as a star in her own right.

The actress always said she was “very bad at getting round to things”.

But from her early radio appearances in the 1950s, through to her scatty antics on Absolutely Fabulous, she featured in more than 1,300 radio and television shows.